As part of our Spaces for People programme which is implementing short-term travel infrastructure to ease physical distancing during COVID-19, we have installed two temporary bus boarders in the city centre.

The bus boarders which are positioned on Glassford Street outside Marks and Spencer, and Trongate next to Tesco Express; extend the footway out into the road, ensuring continued accessibility onto public transport and extra space for pedestrians to move around in these busier areas of the city centre. 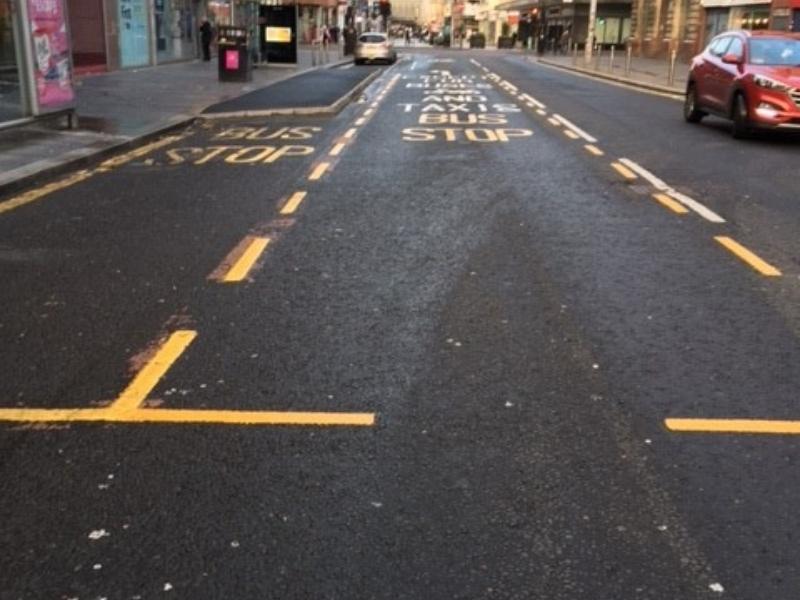 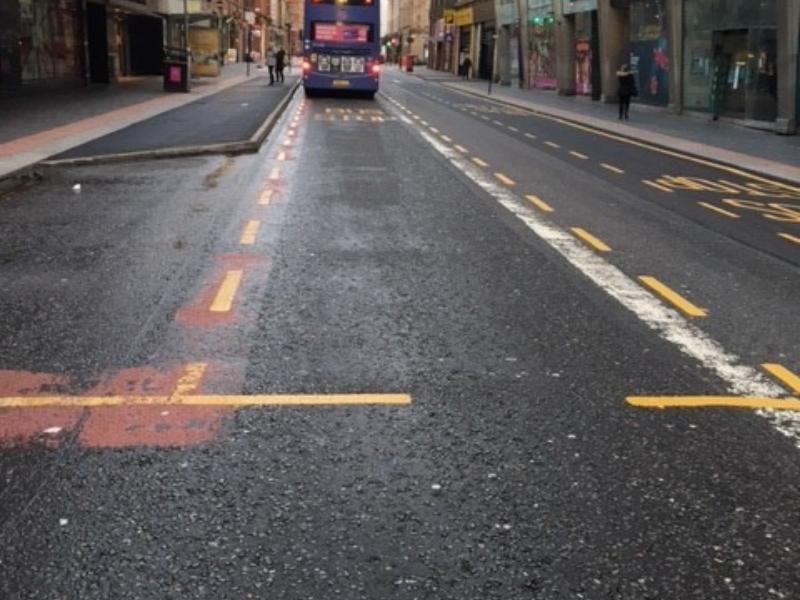 Spaces for People is widening footways at pinch points to facilitate safer pedestrian movement and easier access to shops, businesses, community facilities and public transport hubs. Consideration is also being given to the positioning of temporary strategic cycling routes to highlight active travel as an attractive, viable choice for everyday journeys.

A street-by-street approach is being taken, with temporary measures introduced to allow priority to be given to pedestrian space around our transport hubs, core shopping streets and any identified pedestrian pinch points. 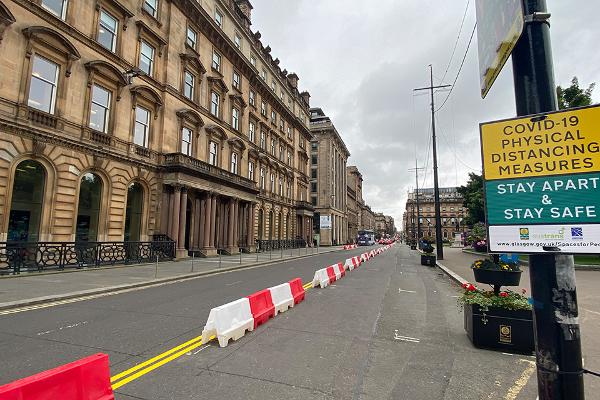 Other initiatives in the city centre to ease pedestrian movement include traffic light automation which removes the need to touch the button to prompt the green man to display.  The automated traffic lights will also where appropriate, be set to either minimise pedestrian waiting time or increase the duration the green man is displayed; with both adjustments made where possible.

Full details of temporary City Centre projects already in place, and ongoing can be found here.

Work on the bus boarders is expected to commence on Friday 6th November, and is due for completion within 2 days. This temporary infrastructure is expected to be in place for a minimum period of 10 weeks, and reviewed in line with the Scottish Government's COVID-19: Framework for Decision Making - Scotland's Route Map through and out of the crisis