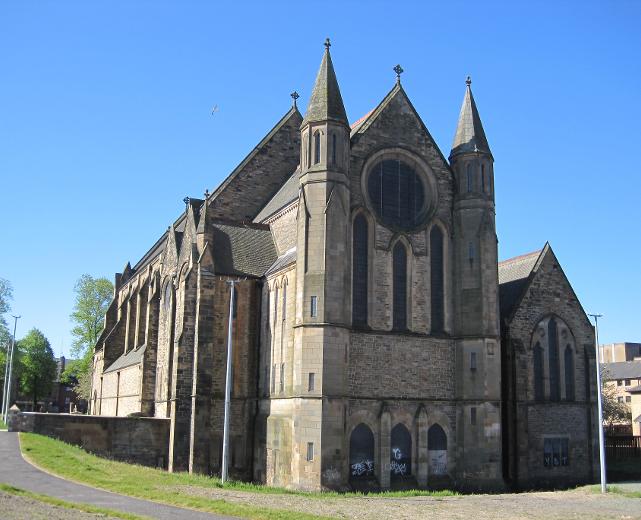 A Glasgow City Council committee today (21 November) considered current and future projects that are - and will be - central to the ongoing regeneration of Govan.

A key partner in the recent and successful physical regeneration of the area is the Central Govan Action Plan (CGAP), a community-led partnership and investment framework established in 2006.

Another part of the wider CGAP structure is the Govan Cross Townscape Heritage Initiative (GCTHI), a grant-giving body which aims to regenerate Govan town centre by investing to make the best of Govan's exceptional historic built environment and to use local heritage as a vehicle for community learning and skills development. GCTHI is funded by Glasgow City Council, the Heritage Lottery Fund and Historic Environment Scotland.

CGAP and GCTHI are successful partnerships bringing together local residents, councillors, community organisations and other bodies including the Council to deliver positive change for Govan. This work has brought Govan new homes, business and community spaces, more attractive streets, shops and public space, the repair and restoration of four listed buildings, nine traditional shopfronts and two listed structures, and a wide number of learning and training projects which have seen more than 3000 people participate.  Around £90million has been invested in the area since 2006 as a result of the activity of the two projects.

The CGAP partnership is now working to align infrastructure funding to deliver the next stage of regeneration, with projects such as the Govan-Partick Bridge (a key component of the forthcoming West End and Waterfront Innovation District, connecting the West End to the Queen Elizabeth University Hospital, and new housing at Water Row coming from the Glasgow City Region City Deal and council's Housing Investment Programme respectively.  Other projects include the potential rebirth of the B-listed Lyceum cinema as a community-owned concert and events venue, and the redevelopment of Govan Old Church as a visitor centre and local enterprise hub that will provide a direct link between the river and Govan.

In June 2017, the Imagine Govan Manifesto set out the direction of travel for CGAP for the next 10 years, identifying the opportunity to achieve greater economic and social renewal alongside the positive physical transformation that is already underway in Govan. Amongst the aims of the manifesto was the coordination of activity that will promote inclusive economic growth and deliver social justice including networking businesses, promoting Govan as a key location for creative industries and providing targeted skills and employability initiatives.

GCTHI is one year into the second phase of its (2016-21) programme, which is expected to repair six listed buildings - including Govan & Linthouse Ancillary Building and the former Hills Trust School - and deliver the restoration of three heritage features, as well as the continued improvement of shopfronts and tenements in the area.  Other schemes include public realm improvements at Govan Cross, five community learning and training projects, and the return of over 1400 square metres of vacant floorspace to productive use.

Councillor Kenny McLean, City Convener for Neighbourhoods, Housing and Public Realm at Glasgow City Council, said: "The success of these projects in Govan has been very welcome, and has undoubtedly resulted in a greater confidence in the area from both local residents and businesses.  I am sure that the exciting projects that will be delivered in Govan over the next few years will continue the regeneration of one of our most historic communities."