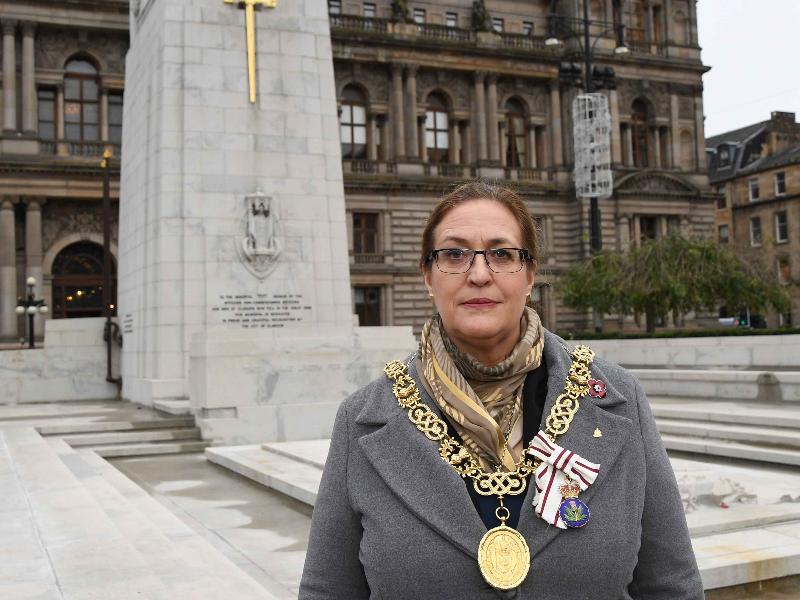 A two minute silence will be observed at 11 am at the cenotaph in George Square, Glasgow, on Sunday 11 November to mark Remembrance Sunday.

This year's Remembrance Sunday coincides with Armistice Day which will mark the centenary of the end of the First World War.

Lord Provost Eva Bolander, in her role as Lord Lieutenant, will lead Sunday's ceremony and the Moderator of Glasgow Presbytery, the Rev Roy Henderson will lead prayers.

The Lord Provost said: "Remembrance Sunday is a day for reflection and gratitude for those who gave their lives in conflict to preserve our freedoms. Glasgow owes its military and veterans a great debt. This is an especially poignant service because it also signals the centenary of the end of the Great War."

A Guard of Honour will be provided by the 52nd Lowland, 6th Battalion of The Royal Regiment of Scotland.

Music from The Lowland Band of The Royal Regiment of Scotland and Glasgow Youth Choir.

Members of the public wishing to attend and pay their respects should gather in George Square at 10.30am.

The Lord Provost in her role as Lord Lieutenant will later accompany HRH The Princess Royal at a special service at Glasgow Cathedral at 4pm, signalling the commemoration of the centenary of the end of the Great War.