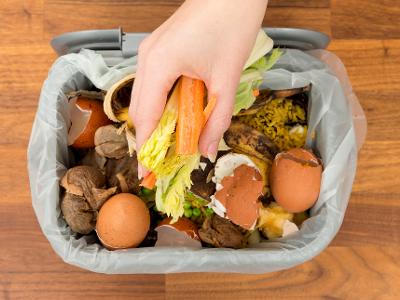 A new approach to collecting food waste from flats and tenements is to be tested in the north-west of Glasgow from Monday, August 10 this year.

The service has been suspended across the whole of the city over the course of the Covid-19 emergency with residents asked to use their general waste bin for food waste.

During the recent review of the service, it was found that 30% of grey bins for food waste were frequently contaminated with other kinds of rubbish, such as household black bin bags, which prevents any food waste that has been collected from going forward for reprocessing.

In these circumstances, a separate collection for the bin has to be arranged, which leads to delays in the waste being removed and also to complaints from residents. A contaminated food waste bin also has to be processed as general waste, which incurs a significant additional cost for the council and prevents tax payers from receiving best value for money.

Cleansing crews facing safety issues while accessing a number of backcourts was also identified during the review.

Under the test arrangements for North West Glasgow, around 4500 grey bins will be retained at addresses with a good record of food recycling.

But due to repeated incidents of food waste being spoiled by other kinds of rubbish going into the grey bin, 2500 grey food waste bins have been removed from bin courts across North West Glasgow, which includes the city centre. Instead residents who still wish to recycle their food waste will be able to access an enhanced network of public food waste bins at 200 sites across the north west of the city.

A spokesman for the council said: "There has been a disappointing uptake of the food waste service for flatted properties since its introduction in 2016.

"Very low levels of food waste are eventually recycled and bins are frequently spoiled with other kinds of waste, which then makes it significantly more expensive to process.

"Resolving issues with contaminated food bins takes up significant time and resources and impacts upon the effectiveness of the wider cleansing service.

"By providing publicly-sited bins for addresses where there have been significant on-going problems, we are aiming to minimise the issue of contamination and ensure as much food waste can be reprocessed as possible.

"Improved recycling rates for food waste will be good for the environment and good value for the council tax payer. We are also hopeful that removing those bins leads to improvements in backcourt areas."

The test arrangements will see the grey bins collected from bin courts that serve around 15,000 flats across Glasgow North West from August 10 onwards. Those affected by the trial are being written to directly to inform them of the new arrangements.

The food waste service for flatted properties in Glasgow North East and Glasgow South remains suspended for the time being, although bins that have filled up during lockdown despite the suspension are being emptied on a one-off basis. Residents in the North East and South should cease using their grey bin for food waste and use the general waste bin until further notice.

The trial of the new arrangements is expected to last for eight weeks and results from the test period will help to shape the delivery of the service across the whole of the city in due course.

Information on the locations of public food waste bins can be found on the council website by following this link.