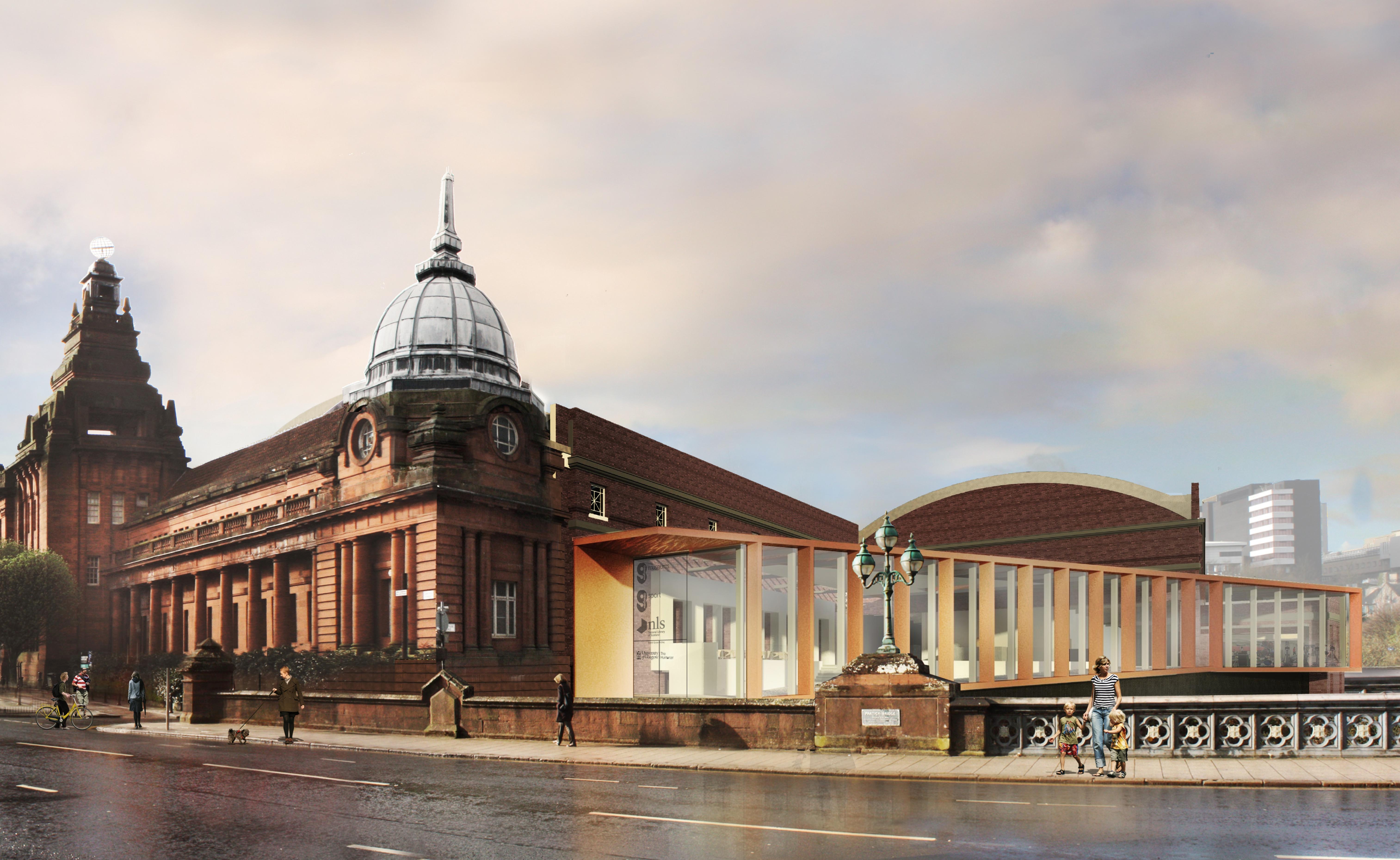 The redevelopment of one of Glasgow's most famous and best loved landmarks, the iconic Kelvin Hall, is set to take a major step forward as details of £8.2million worth of improvements are brought forward by Glasgow City Council.

News of the investment comes as the first phase of improvements at the Kelvin Hall nears completion, with the venue set to re-open to the public later this summer following a major £35 million refurbishment. The project is a unique collaboration between Glasgow City Council, Glasgow Life, the University of Glasgow and the National Library of Scotland.

Glasgow City Council's Executive Committee has approved the next phase of investment works, which will include a new roof and further improvements to areas of the building that are still to be developed.

Glasgow City Council will contribute a total of £6.2million to the project including a projected £1.2million that was committed for the first phase of the works that has not been spent. A further £2million from the Scottish Government is to be confirmed as part of the ongoing budget review process.

Committing now to the Phase 2 roofing works and internal improvements will help secure up to £35million of additional investment via University of Glasgow relative to new Hunterian Museum and Art Gallery and further capital investment from the Royal Highland Fusiliers Museum.

The ability to talk to other potential partners and commercial operators on the basis of a "ready to fit out" space is a real advantage due to the reduced risk associated with any potential investment decisions. By investing now Glasgow City Council will secure best value via the existing contract, support the development of the partnership and interim uses and ultimately reduce the cost of future works by avoiding further deterioration in the building fabric.

Councillor Frank McAveety, Leader of Glasgow City Council, said: "Kelvin Hall has long been one Glasgow's most iconic landmarks. Everyone has their own unique memories of the building, from attending international sporting events to exhibitions or the former Museum of Transport - it has a special place in the hearts of the people of Glasgow.

"With the first phase of works set to be complete later this summer, when an exciting new shared sporting, cultural and academic development opens its doors to the public, we are now forging ahead with the next stage of the project.

"Our planned investment will help secure this iconic building for the next generation. Glasgow is Scotland's sporting, cultural and academic powerhouse and the redevelopment of the Kelvin Hall will help us build on that position in the months and years to come."

The first phase of improvements at Kelvin Hall will create one of the largest indoor sports facilities anywhere in Scotland as well as a shared museums and education resource centre, safeguarding the iconic building's future for years to come. As well as a state-of-the-art Super Gym, Glasgow Club at Kelvin Hall will also be home to an eight-court multi-purpose sports hall, three dance studios and a gymnastics hall, making it one of the biggest sports facilities of its kind.

This summer, the first phase of the redevelopment will be revealed, with the Glasgow Club at Kelvin Hall set to be the first area to welcome the public through its doors. The project - which will bring about 50 per cent of the building back into use - has been funded by Glasgow City Council, University of Glasgow, National Library of Scotland, Scottish Government, Heritage Lottery Fund and Historic Environment Scotland.

"The new Kelvin Hall will create a rich and vibrant addition to the cultural life not just of the city of Glasgow, but of the whole of Scotland. We look forward to discussing our part in the next stage of the evolution of this iconic building."