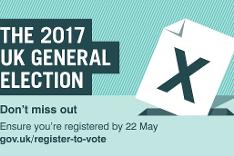 The candidates standing in the 2017 General Election for Glasgow's UK Parliamentary constituencies have been announced.

A total of 33 candidates across the city's seven constituencies have been confirmed as seeking election from the vote on Thursday, June 8 this year.

The counting of votes will take place overnight on June 8 at the Emirates Arena, Glasgow.

The candidates in Glasgow for the 2017 General Election are:-