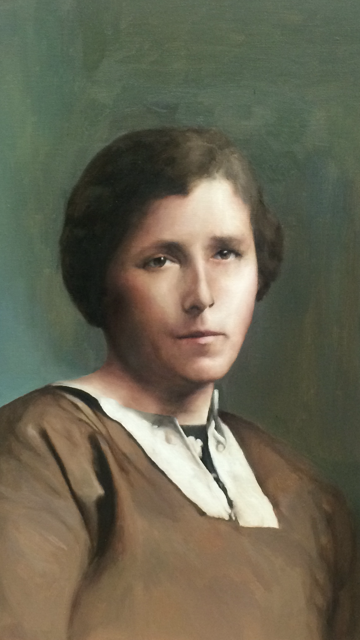 A statue honouring a formidable female campaigner will be unveiled in Glasgow on Thursday March 8 to coincide with International Women's Day.

The event - a month from today - marks the successful completion of a push by The Remember Mary Barbour Association (RMBA) for a permanent memorial to the Govan woman who led the 1915 rent strikers' to victory.

Mary Barbour and her army of supporters, exposed and protested against unscrupulous landlords who took advantage of war-time poverty by hiking up rents and threatening to evict people unable to pay.

Those who joined 'Mary Barbour's Army' succeeded in forcing a change in the government's rent legislation.

The radical, social pioneer born in 1875 campaigned throughout her life for improvements to working people's housing and social conditions. Her role in history chimes perfectly with this year's IWD official hashtag #PressforProgress.

Mary's popularity led to her election as one of Glasgow's first female politicians in 1920. She was later appointed the city's first woman Bailie in 1924.

Maria Fyfe, chair of the RMBA said: "We're absolutely thrilled to have met our fundraising target of £110, 000 and that the chosen artist, Andrew Brown, has now completed the commissioned work. We've been solidly campaigning to raise funds for a statue of Mary Barbour in recognition of her tremendous contribution to Govan, Glasgow and beyond.

"I'm delighted that local school children will unveil the statue in Govan and confident the memorial will help the people of the area reconnect with their rich social history and heritage. As well as serve as a beacon of inspiration to women everywhere."

Local councillor John Kane, RMBA Treasurer said: "This will be an exciting, important and proud day for the people of Govan and Glasgow. It's highly appropriate that we gather on International Women's Day to celebrate the legacy of Mary Barbour. A fierce campaigner who made a massive contribution to this city, and beyond."
"We've been humbled by the overwhelming support we've received from the community - including financial - for our campaign."