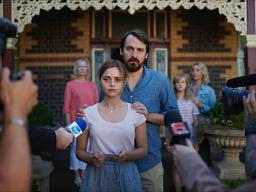 Since its creation in 1997 with the aim of promoting Glasgow as a 'film-friendly' city, the GFO has attracted film, broadcast and advertising productions that have generated around £300million in economic activity, with an economic impact of £15.1million in 2017.

The GFO does this through its role as the city's film commission, acting as a one-stop shop for productions filming or wishing to film in Glasgow, allowing them to meet with appropriate agencies, location owners and council departments.

Another key role for the GFO is ensuring that filming activity in Glasgow has the minimum impact on residents and businesses while delivering the maximum impact for the economy and the production, and this is achieved by working closely with colleagues across a number of council departments, Police Scotland and productions.

Support for productions is also available from the GFO, including a grant - capped at £7,500 - towards hiring local equipment or facilities, and this support has proved worthwhile, with four of the productions receiving this over the past couple of years contributing £2million or more to the city's economy. The total spend in the city from all these projects receiving this grant - in place since 2010 - is £16.22million.

Some of the most notable productions to be have been made in Glasgow in recent years include the films Trainspotting 2,Churchill,The Outlaw Kingand the recently-releasedThe Wife, as well as the television productions Outlander, Shetland,Love Sick and the recently-begun BBC thriller The Cry.

Councillor Greg Hepburn, Chair of the Neighbourhoods, Housing and Public Realm Committee, said: "Glasgow has become a natural home for film and broadcast productions of all sizes in recent years, and this status is in no small way due to the efforts of the council's Glasgow Film Office. It is fantastic to see major film and television productions continuing to come to the city, bringing millions of pounds into the local economy, and boosting the profile of Glasgow not only in the industry but to national and international audiences. We can look forward to more major productions coming to Glasgow."

Piers Tempest, Producer, The Wife and Churchill,said: "Glasgow is a fantastically diverse city to film in. Our experience from filming both The Wife and Churchill in Glasgow was excellent, and the support from the Glasgow Film Office was extremely helpful, and echoed the welcome that the city gave us."

David Brown, Scottish Line Producer, Cloud Atlasand Producer, Outlander, said: "The principle reason for coming to Glasgow is the welcome that the city givesto filmmakers. We are overwhelmed by the support and encouragement we have received from everyone in the city."

The GFO is supported by the Glasgow Film Partnership, a body with over 60 members, with the common goal of making filming on location in the city as simple as possible. Some of the members of this partnership include Glasgow Chamber of Commerce, the University of Glasgow, Glasgow Science Centre, SPT, Glasgow Airport and Network Rail.

The GFO supports a range of programmes and activities, including Hit The Ground Running, an intensive and interactive two day training course for new entrants to film and television drama; Glasgow Film Festival; and sponsoring the publication of the annual Glasgow Short Film Festival (GSFF) catalogue.

More detail on the GFO is available at: www.glasgowfilm.com/.