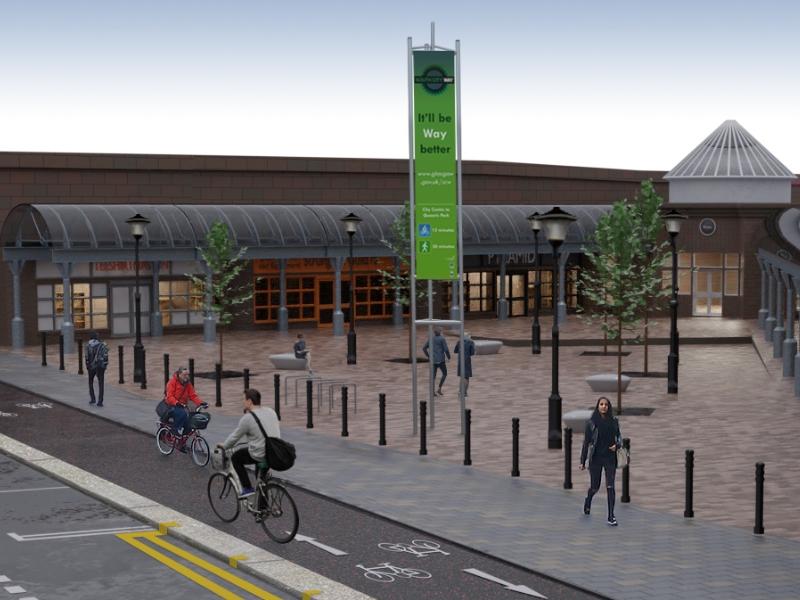 Design proposals for the last leg of Glasgow's South City Way route are to be unveiled at a drop-in event for the public.

The £6.5m project, which will create a segregated pathway between Queen's Park and the city centre, is on track for completion in 2019. The final phase of the 3km route will link the junction at the north end of Victoria Bridge, Bridgegate and King Street.

At the drop-in event at the Briggait on Thursday, January 31, members of the public will get their first chance to examine the plans for the route once it reaches the city centre and also provide any feedback.  Staff from Glasgow City Council and Sustrans, who have been jointly developing the pathway, will also be on hand to answer any questions.

Victoria Bridge was recently rated as the fourth most popular point for cyclists travelling to and from the city centre with over 920 people on average cycling across the bridge on a daily basis. It's hoped the new route, which will provide safe space for people cycling from the south side to the city centre, will encourage still more people to see cycling and walking as a viable travel option.

Councillor Anna Richardson, City Convener for Sustainability and Carbon Reduction, is confident the South City Way will lead to a significant boost for cycling in Glasgow and has urged the public to get involved in shaping the plans at the Briggait on January 31.

Councillor Richardson said: "The South City Way is already gearing up to become one of the most significant stretches of cycling infrastructure in Scotland.  The South City Way will provide a direct cycle route from a major residential area of Glasgow right into the city centre that will ensure safe cycling every inch of the way."

"The route is intended to improve the cycling experience for those who already use a bike. But it is also hoped that the cycle way will remove the understandable concerns people have about using a bike to get about a busy city. We want more people to regard cycling as a mode of transport they can rely on day after day for the good of our health and environment."

"The South City Way is a key part of our plans to increase cycling numbers in Glasgow. We want people to get involved with the discussion about how our plans are implemented. The drop-in at the Briggait is a great opportunity for people to talk to those directly involved in the project and share their views."

The drop-in at the Briggait is on Thursday, January 31 from 11am to 7pm. People will also be able to view the plans online at www.glasgow.gov.uk/scw from the 31st.