Ministerial Visit for Tontine Nurtured Start-Ups with Aspirations to Grow 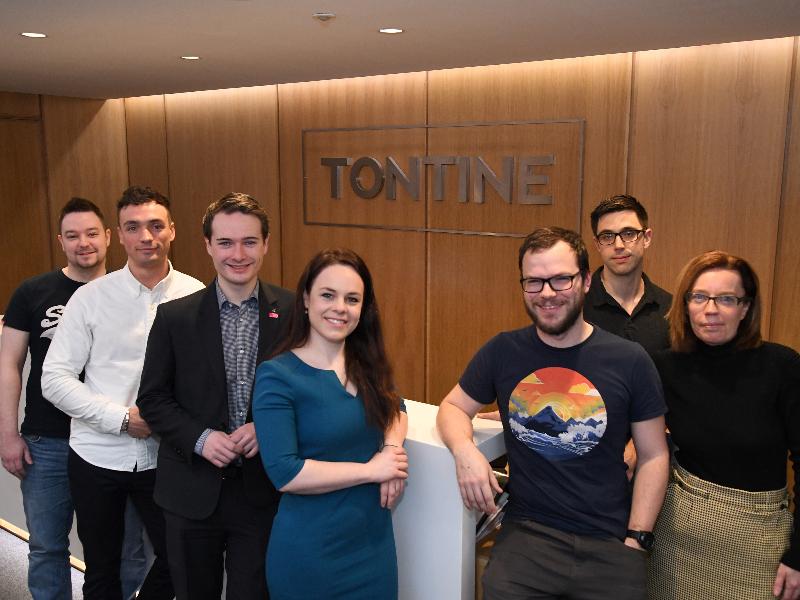 Ambitious start-ups with aspirations to scale up, had the chance to discuss their growth plans today with Kate Forbes MSP, Minister for Public Finance and Digital Economy as she paid a visit to Tontine, the City Deal business accelerator based in Glasgow's Merchant City.

The Minister was keen to hear more about the success of Tontine as a growth incubator and how the model which actively encourages businesses to scale-up, could be replicated in other parts of Scotland.

As a centre of innovation, Tontine attracts and nurtures high growth entrepreneurial talent and is host to many of Scotland's significant growth companies of the future.

Important to our Economy

"Tontine is a fantastic example of how the right support can help ambitious tech start-ups to grow.  In particular, it demonstrates what can be achieved when organisations from across the private and public sectors work together towards a common goal.

"I'm really impressed by what I've seen here today, and wish all of the companies every success for the future."

Cllr Angus Millar, Depute City Convener for Economic Growth added: "Tontine is a fantastic space in which businesses with aspirations to grow can thrive.

"This City Deal funded innovation project, champions entrepreneurial drive and provides a boost to the region's economy with enterprises fully supported in their ambitions to scale up.

"Tontine is nurturing many young, innovative companies, all of which have exciting futures in store. I look forward to watching these enterprises grow and generate future employment opportunities for the region".

Tontine was the first Glasgow City Region City Deal project to be completed in the city. Based in the Tontine Building, the former workshop of Scottish inventor James Watt supports and sustains the development of high-growth start-ups in the enabling technology, advanced design and manufacturing, and creative economy sectors; offering high-quality and flexible workspaces.