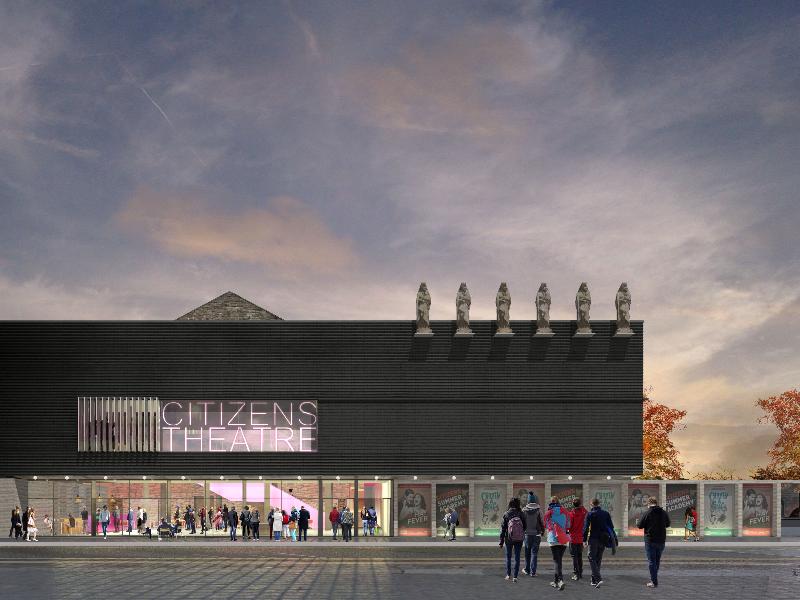 The Citizens Theatre is a key creative, cultural and social asset for both the local community and the city, with the building lying between the Gorbals and Laurieston areas, and its redevelopment will be another symbol of the ongoing regeneration of Laurieston.

The building itself is in a deteriorating condition, and given its importance, has attracted funding from a number of project partners, including the council, National Heritage Lottery Fund, the Regeneration Capital Grant Fund, the Scottish Government, Creative Scotland, Historic Environment Scotland and donations from other public and private sources.

During the development of the proposals, the estimated project delivery cost was £19.4million, but after tenders were submitted and returned, it became clear that the final project cost would be around £21.5million. The Citizen's Theatre Limited have been able to secure a total of £20.5m of funding after increased funding from some of the partners, included in which is Glasgow City Council's current commitment of £5m towards the project, and therefore there is now a funding gap between the estimated project cost and confirmed funding.

In order to close the funding gap to an acceptable level which would allow the project to continue, the council today decided to provide a further £1million in funding, with half of this coming from the council's Common Good fund, and half from the Community Asset Fund. It should be noted that it is the intention of the council to continue to engage with existing funders and seek additional sources of external funding to potentially reinstate the funding used from either the Common Good or Community Asset Fund.

Other funding partners will now be informed of the council's decision, and a collective decision taken to "green light" the commencement of the project. The council will have representation on the project board and will report the project's physical and financial progress through its Capital Programme Board.

Councillor Kenny McLean, City Convener for Neighbourhoods, Housing and Public Realm at Glasgow City Council, said: "The cultural and community work of the Citizens Theatre is renowned and valued at local, national and international levels, and the investment of the council and our partners will allow this work to continue in its historic home. It is important to progress with this work now, and the contributions made by the funding partners mean that this can happen, and we can look forward to the Citizens playing its part in our cultural and social life for many years in the future."

Dominic Hill, Artistic Director, Citizens Theatre said: "We warmly welcome the news today that Glasgow City Council has approved an additional £1million of funding for the Citizens Theatre's Redevelopment Project. The council has worked tirelessly with us in the planning and fundraising for the project and these vital funds alongside additional support of £0.5million from the Scottish Government and £282,000 from Historic Environment Scotland give us the greenlight to allow the project to proceed. Our home in the Gorbals has served communities in Glasgow for over 140 years, and this project will transform the experiences of audiences and participants for many generations to come. We are extremely grateful to Glasgow City Council and all of our funders for their continued support."