Glasgow City Council has considered the progress made through the City Centre Strategy 2014-19, and the development for the strategy for 2020-25. 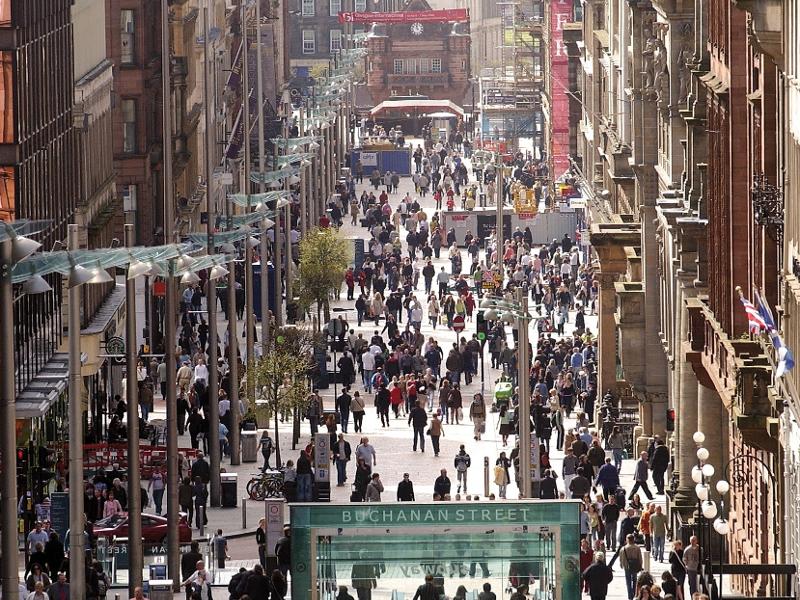 The current City Centre Strategy was developed in response to the economic crash of 2008 and its legacy, changes in the retail and commercial office sectors, and the universal impact of online retailing, and key identified aims for the city centre included issues such as increased investment, development, footfall and inclusive growth.

Two major proposals arose out of the City Centre Strategy 2014-19, which was delivered by the council and public and private sector partners:

A range of projects has been delivered so far through the strategy, including Sauchiehall Avenue; the City Centre Mural Trail; the High Street Area Strategy; the City Centre Commercial Waste project (which saw over 1200 unsightly waste bins removed from the area's streets); the Autism Aware City Centre, City Centre Child Safe, Changing Places and Nite Zone projects; the Next Bike cycle hire scheme; improvement works at Garnethill Park; the Good Food Glasgow street food initiative; the Sauchiehall & Garnethill District Regeneration Framework; the annual Style Mile Christmas Carnival and the Glasgow Loves Christmas Campaign. A City Centre Manager has also been appointed by the council to act as a point of contact for businesses and residents.

Other ongoing projects developed through the strategy include the George Square Conversation to inform its future design; the plan to redevelop High Street Station; the City Centre Lane Strategy; the City Centre Living Strategy; a Contemporary Art Trail; a Begging Strategy; and district regeneration frameworks for a number of the city centre districts.

Consumer research has shown that key benefits of Glasgow city centre are the range and quality of shops; its atmosphere; and the food and drink option available.

Glasgow Chamber Of Commerce carried out research in mid-2018, which found that the city centre strategy and the officers working on it had developed projects that will deliver better infrastructure and operational improvements; better utilise space; and increased the ability to deal with issues such as cleansing and anti-social behaviour.

Key city centre statistics in recent years include an 11% population and 7% employment increase between 2014-17; a 19% increase in local enterprises, a 36% increase in business administration and support services, an 18% increase in professional, scientific and technical services but 30 fewer retail enterprises and 75 fewer local units used for retail - although the city centre continues to perform relatively well in this sector; an increase in annual tourist visitors of around 210,000 between 2014-18; the night-time economy continues to be successful; and hotel development increasing at a rate eight times the UK average between 2014-19. The city centre retains its position as the UK's biggest shopping destination outside London's West End.

There has been a steady increase in development in the city centre during 2014-19, with notable examples such as the City of Glasgow College campuses, 110 Queen Street, St Vincent Plaza, the Scottish Power HQ, and Douglas House on Waterloo Street. A number of on-site and in-development projects include Barclays in Tradeston, Custom House, the expansion of the St Enoch Centre, 177 Bothwell Street and the Love Loan scheme at the former Parish Halls block at George Street / North Frederick Street.

The development of a city centre strategy for Glasgow between 2020-25 is still in progress, and this will be refined through feedback on resident, business and visitor priorities and in response to local and national strategic objectives. The scale of development activity gives strong grounds for optimism during this period, and the transformation of the city centre's physical environmental is expected to yield benefits in terms of footfall, dwell-time, visitor activity, and investment.

The strategy is likely to continue to focus on promoting sustainability and resilience alongside inclusive economic growth, maintaining a broad approach that supports all sectors in the city centre.