Funding for public realm in Glasgow city centre - at and around the Love Loan development - has now been approved by Glasgow City Council. Up to £648,000 of City Centre Strategy funding will be allocated to this scheme. 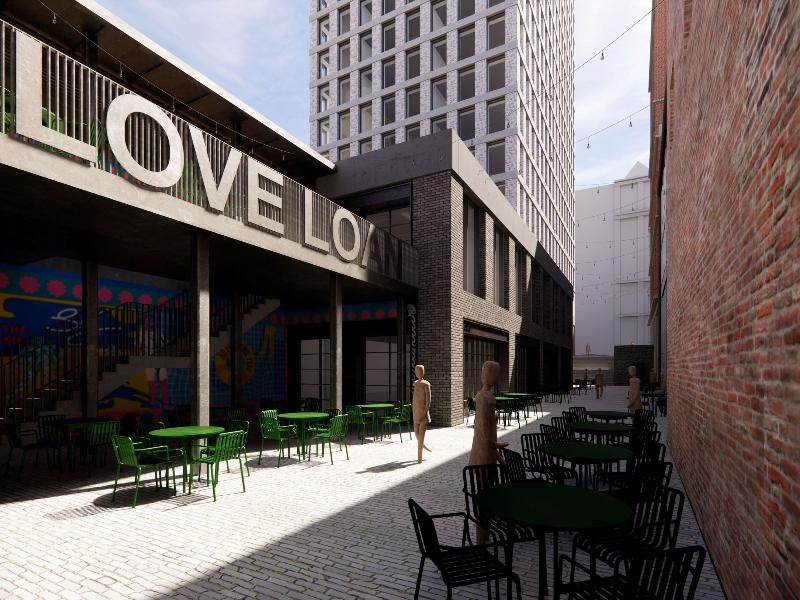 The Love Loan development - located at the former Parish Halls building (on the north-east corner of George Square) and neighbouring properties - is part of a high-quality mixed-use scheme, which also features a hotel, build-to-rent apartments and serviced apartments. The Chris Stewart Group is the developer of this scheme.

The scheme faces challenges in terms of restoring old, listed properties to deliver high-quality, sustainable outcomes and the fall in values in retail and leisure uses, and as a result the Chris Stewart Group approached the council and other public sector partners to ask for support on some features which if not resolved would put a risk on the delivery of the full scheme.

After this approach, the council and its partners carried out due diligence checks on the need for grant and established that there was a case for supporting the (Love Loan) lane development and some ancillary public realm works around the scheme. This will both deliver public benefit and increase connectivity between the University of Strathclyde and the Glasgow City Innovation District in the east, and the station to the west.

The council will now support the Love Loan scheme by: extending the planned Avenue works for George Square around the perimeter of the CSG development; providing grant support of up to £357,770 to CSG for the lane refurbishment; and providing grant support up to a further £150,000 for any temporary works needed to improve the public realm, to support the planned hotel opening in mid-2022, and/or any other works that provide public benefit such as the proposed plaza.

While this is unusual in that the council would normally undertake public realm directly, the lane here is owned by the Chris Stewart Group, and if the council adopted it, long-term maintenance costs would be incurred. Therefore, a grant award to allow the developer to undertake the work directly, with no liabilities to the council, is deemed to be the best course of action.

The developer is expected to be able to demonstrate community benefits from this support and is expected to ensure that the public spaces at Love Loan are accessible to all.

Councillor Kenny McLean, City Convener for Neighbourhoods, Housing and Public Realm, said: "The funding of the public realm and lane refurbishment will not only create an attractive new public space in the city centre, but improve connectivity between key locations such as Queen Street Station, George Square and the University of Strathclyde and Glasgow City Innovation District. The wider development will contribute to the wider strategy for the city centre as we emerge into a period of economic renewal."