The plan - for the 2022-24 period - will feature a wide range of short- and long-term actions to deliver the city centre recovery. 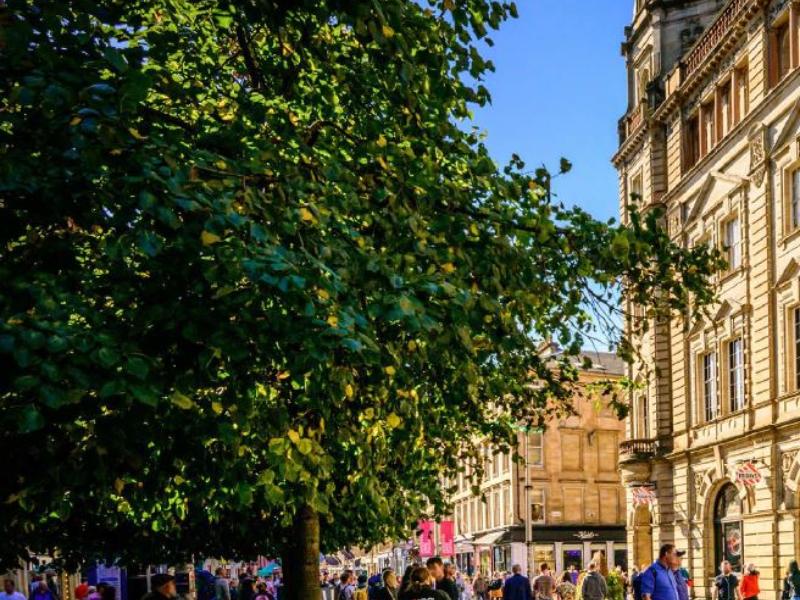 The plan follows the Glasgow City Centre Strategy 2014-19 which was the first five-year plan in a proposed 10-year strategy to inform city centre regeneration and development.  The new 2020-25 strategy had been produced and was being prepared for consideration by a council committee in March 2020 when the Covid-19 pandemic interrupted the process and moved the city into an emergency response situation.

One of the responses was the convening of the Glasgow Economic Recovery Group, and one early recommendation in mid-2020 was the establishment of a City Centre Task Force (CCTF) whose membership included local, national and UK government; the Glasgow Chamber of Commerce; and all the core city centre sectors including retail, hospitality, events, the night-time economy, further and higher education, transport and commercial property.

A key reason for the establishment of the CCTF was the recognition that while the pandemic had immediately placed pressure on all urban centres, Glasgow city centre has undoubtedly been affected more than most because of its unique position as the metropolitan core and driver of the regional economy.

Earlier in 2021, the Task Force agreed that it would be premature to develop a new long-term strategy for the city centre as the pandemic - and its continuing effects - is still with us.  While there continue to be restrictions affecting various sectors, and a national policy supporting working from home where appropriate, weekday footfall continues to operate at well below pre-pandemic levels.  It was agreed that an interim approach would be required, and the new City Centre Recovery Plan for the period 2022-24 provides it.

This two-year plan outlines the particular issues that resulted in the pandemic having a disproportionately negative impact on Glasgow city centre.  The almost wholescale removal of the regional workforce and the closure of most city centre offices had a major effect on travel demand and removed the vast majority of weekday footfall with a huge impact on the area's retail and hospitality sectors.  The relatively sparse residential population further exacerbated this, as did the extension of the harshest public health restrictions on the city, and the Live Local messaging also encouraged people to stay and shop locally.

The plan has four main objectives:

· Maintaining and enhancing the city centre so that it attracts people to work, live, visit, study and invest there

To deliver these objectives, a wide range of actions will be delivered - with funding currently in place for most actions either for pilot activity, full delivery, or the development of related projects.  Some of the short-term actions include continued advocacy to the Scottish and UK Governments, a vacant units plan, considering the repurposing of property, with longer-term actions such as District Regeneration Frameworks, the City Centre Living Strategy, and the design and delivery of the Avenues programme to follow.

The City Centre Recovery Plan also outlines the objectives and themes for the next two-year period.  There is an immediate focus on short-term footfall-driving actions, alongside the continuing focus on longer-term strategic deliverables like the City Centre Living Strategy, and the District Regeneration Framework and Avenues programmes.  Parallel strategies including the new Economic and Transport strategies will also coming forward in early 2022.  And underpinning all of this is the city's commitment to becoming net zero carbon by 2030.

Councillor Angus Millar, co-chair of the City Centre Taskforce and Depute City Convener for Inclusive Economic Growth, said: "Glasgow city centre's unique position in Scotland as a metropolitan core means that the economic impacts of the pandemic have been felt particularly keenly, and we will continue our partnership approach - which has already delivered significant results - to drive the recovery of the city centre economy over the next few years.  The City Centre Recovery Plan sets out how the public and private sector will work together to deliver a range of actions that will support a thriving, inclusive and sustainable city centre for people to live, work and spend time in.