Glasgow City Council is to enter into negotiations with Landsec - the head tenant of the Buchanan Galleries - on the proposed redevelopment of the Galleries into a new masterplanned mixed-use quarter. 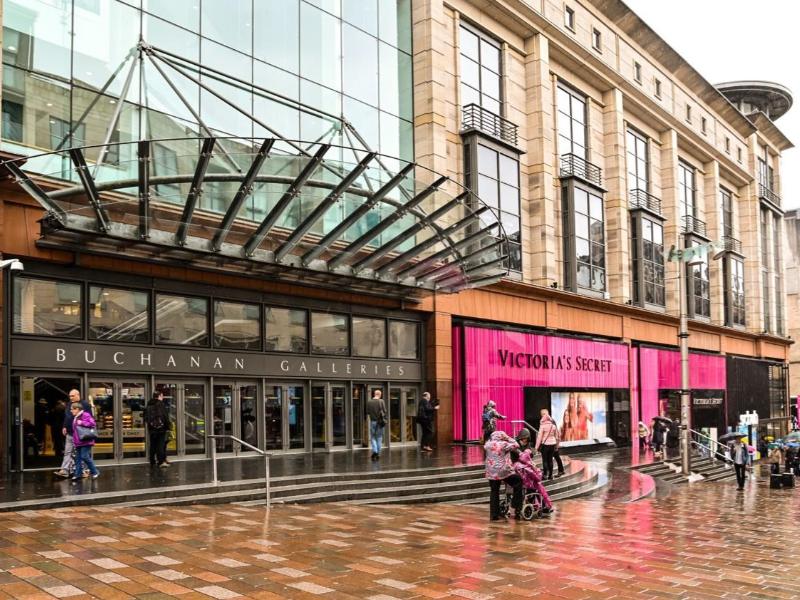 While still at the concept stage, proposals for the Galleries - to be delivered through a decade-long project between 2023-2033 - outline a new, net-zero, mixed-use retail, office, leisure and residential quarter for the city centre.

The initial proposals show a net-zero development, responding directly to the national Climate Emergency agenda, and also aligning with the council's City Centre Strategy, the City Centre Strategic Development Framework, the City Development Plan, and the City Centre Recovery Plan, all of which champion a move away from mono-use zones in favour of multi-functional experiential infrastructure and planning uses that will provide a more sustainable and resilient outcome for Glasgow.

The proposals reflect changes in retailing, exacerbated and accelerated by the pandemic, and other city centre impacts and trends. It should be noted that while the pandemic's impact has been severe on all urban centres with a general swing at the present time towards smaller town centres and local areas, Glasgow city centre does remain an attractive location for investment - with a number of major developments both on-site and in the pipeline. The city centre continues to perform near the top of the UK retail rankings, currently ranking third after London and Manchester in respect of the number of stores there.

Glasgow City Council is the head landlord of Buchanan Galleries and Landsec, through its subsidiary, LS Buchanan Ltd, is the head tenant. Any comprehensive redevelopment of the Galleries would require the approval of the council in its capacity as head landlord.

The council is considering the use of Tax Incremental Finance (TIF) to support some of the major enabling works that would be required for the masterplan to be delivered. This would include a proposal to construct a capping over some, or all, of the North Cutting of the railway line at Queen Street Station to create a platform for either a building or a public space, in addition to public realm works in and around the area. Progressing the cap will require Landsec to obtain consent from Network Rail, and discussions for this have commenced.

As the development will surround the void above Queen Street Station, there is a unique opportunity to create a new and exciting public space in the heart of Glasgow city centre. In Landsec's view, this forms an important component to the masterplan as it activates public space that could not otherwise be meaningfully, or viably, developed in the future. This element of the plan will act as a catalyst to significantly improve access across the city centre, create high-quality active travel routes and boost linkages to Queen Street Station and other public transport hubs. Landsec also believe that this is essential to the delivery of comprehensive and successful placemaking, with a range of uses, accommodation and public spaces that maximise the socio-economic and environmental opportunities and viability. This will be thoroughly investigated through the business case process and discussions will take place with Network Rail and Transport Scotland in relation to any impact on the station. Network Rail would also have to provide certain approvals.

There is also an opportunity to improve the area around the Concert Hall steps at the top of Buchanan Street to allow for the physical reconfiguration of Buchanan Galleries, enhance the new streetscape, and deliver a more connected and permeable scheme resulting from the creation of improved pedestrian linkages between Buchanan Street and Killermont Street. There is potential to provide disabled access from Buchanan Street and to create a new pedestrian link from Buchanan Street to Killermont Street, Buchanan Bus Station and Glasgow Caledonian University. However, any development of this area will reflect the history of this space as a resting point, and an area for event activity, protesting and other public activities, and would increase the overall space for public use through the physical reconfiguration of the existing Galleries' footprint.

TIF is a financial mechanism promoted by the Scottish Government through a series of six pilot projects, one of which was the earlier Buchanan Galleries TIF in Glasgow.  TIF allows for a local authority to borrow over a 25-year period to deliver enabling works in the form of new and enhanced public realm and community infrastructure, creating an environment that will leverage new private sector investment and in turn deliver additional non-domestic rates (NDR) from the consequent development activity.  The financial mechanism allows for the local authority to retain the additional NDR generated by this development to repay the TIF loan.

Councillor Susan Aitken, Leader of Glasgow City Council, said: "Glasgow, like town and city centres everywhere, is facing significant and accelerating structural changes.  These initial proposals detail a response to those changes, ensuring Glasgow has a vibrant, successful and evolving city centre which continues to be the envy of our peers.  Approval for the commencement of negotiations with Landsec would allow us to push ahead with addressing oncoming challenges and opportunities in this rapidly changing world.  A 21st century city centre delivering on Glasgow's international standing and ambitions means more mixed-use developments, a greater residential population, more public spaces, sustainable transport options and more people-focused streets.  The transformation of the Buchanan Galleries can be a vote of confidence on Glasgow's future."

The earlier Buchanan Galleries TIF dates back to January 2010, when the council approved the preparation of a TIF Business Case to deliver a number of enabling works in support of a then proposed major retail development at Buchanan Galleries. However, a number of factors outwith the council's control combined initially to delay commencement of the retail development at Buchanan Galleries, and ultimately to force a complete reconfiguration of the planned development which the TIF was aligned to. In the period following this, Network Rail and Transport Scotland developed an alternative option for the North Hanover Street car park site within the eastern side of Queen Street Station. This development proposed up to 300,000 sq ft of Grade A commercial office space to be constructed above the planned station retail to the rear of the Millennium Hotel. As that scheme evolved, the council proposed to develop a revised TIF business case which would have refocused on the proposed Network Rail office development as opposed to the Landsec retail development - this was outlined in a report to the council's City Administration Committee on 18 April 2019. However, the proposals around the Network Rail development have now moved beyond the point of any alignment with TIF. Network Rail is currently developing options with a view to marketing the development opportunity in 2022, without any requirement for public sector support. A further proposal has subsequently been brought forward by Landsec. Although this proposal is at an early stage of development, it does seek council agreement in principle to a number of key areas which need to be progressed along with a new business case.