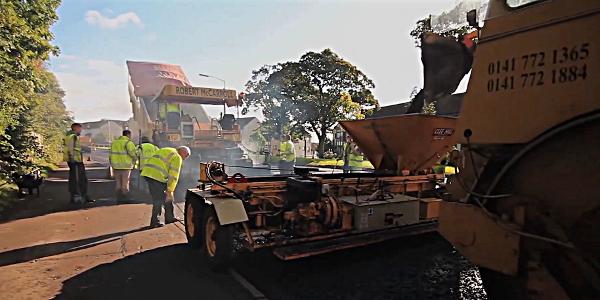 Options for a £23m package of investment in roads, lighting, footways, traffic signals and other vital infrastructure are being put before communities across Glasgow.

The Neighbourhood Infrastructure Improvement Fund will see £1m allocated for improvements in each of the city's 23 council wards with community representatives having a direct say on how the money will be spent.

Detailed proposals that provide costings and specifications for potential work are being presented to Area Partnership committee for all wards and members of the committee will then help to determine the priorities for their area. Area Partnerships bring together elected members at local level, public and third sector organisations, community councils and other community representatives.

Councillor Ruairi Kelly, City Convener for Neighbourhood Services and Assets, believes the input of communities is crucial to the success of the Neighbourhood Infrastructure Improvement Fund.

"Our staff have taken on board the feedback received from the communities and that has helped us develop a lengthy list of possibilities on where improvements can be made in local neighbourhoods.

"The next step is for the Area Partnerships to consider the options that have been identified and help us decide where the available funding can make the greatest impact in each ward.

"Every ward will have their own priorities but each community has the chance to promote major works that will big difference to the infrastructure in their area.  The choices could be upgrading traffic safety equipment, resurfacing roads and footways or replacing old fashion sodium street lamps across a number of streets or any other of the many options that are available.

"But what is certain is the views of the community are at the heart of this initiative."

Investment available through the Neighbourhood Infrastructure Improvement Fund will be in addition to finance routinely available for addressing the most pressing infrastructure issues across the city.  In total over £65m of investment in public roads, lighting and other infrastructure is planned for the city over the next three years.

Hillhead, Bailieston and Southside Central are among the first Area Partnerships to consider their options, but proposals for all 23 wards will be presented before the council breaks for the summer recess at the end of June.

Other options to be presented include measures to prevent fly-tipping such as installing large concrete blocks and CCTV, street furniture improvements and drainage repairs.

It is expected that work identified through the Neighbourhood Infrastructure Improvement Fund will be delivered over the next two years.