A multi-billion-pound bid for an ambitious air, sea and rail economic zone on the River Clyde, backed by a unique public private partnership, is being finalised. 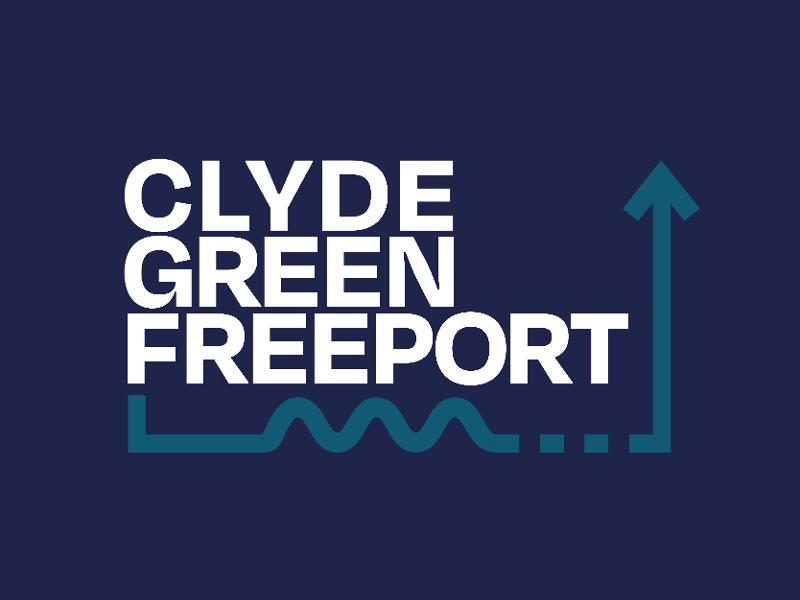 Plans for Clyde Green Freeport are being prepared by AGS Airports' Glasgow Airport, Peel Ports' Clydeport, Mossend International Railfreight Park in North Lanarkshire and a partnership of the Glasgow City Region councils. The bid will be submitted later this month to the Scottish and UK governments for one of two green freeports in Scotland.

A green freeport is a large, zoned area within a defined boundary which includes a rail, sea or airport. Operators and businesses in the zone can benefit from a package of tax and other incentives.

Clyde Green Freeport would maximise the area's transport network and facilities at Glasgow Airport, the freight interchange at Mossend, Bellshill and four deep-water ports on the River Clyde. It would also make significant progress towards decarbonising the area's transport infrastructure.

Businesses across Glasgow City Region are asked to back the bid and support the ambitious Clyde Green Freeport proposals. Visit www.clydegreenfreeport.co.uk and follow our social media channels to show support via LinkedIn and Twitter @ClydeGreenFP

"We have everything necessary to make a successful bid: unrivalled connectivity across the UK and beyond; one of the most educated populations in the UK; a GVA of £47.3 billion and 33% of Scotland's GDP; three world-class innovation districts; home to internationally acclaimed universities and research institutes; and renowned business expertise across key sectors of aerospace, advanced engineering, manufacturing, maritime and medical.

"Glasgow City Region is at the heart of the Scottish economy, providing almost 30% of the country's business base and 34% of its jobs.  As well as the enormous economic boost and competitive advantage a successful bid would bring to Glasgow City Region, it would also support enterprise, regeneration and trade across the rest of Scotland and the UK."

James McSporran, Port Director at Peel Ports' Clydeport, said: "With its origins on the Clyde going back to 1858 initially as Clyde Navigation trust, Clydeport has been a mainstay of supporting industry by importing and exporting goods growing to 1 million tonnes of cargo from its KGV facility to 60,000 containers moving through Greenock. It remains a significant player in the development of the Clyde industrial growth and is central to the Clyde Green Freeport bid initiative, providing not only the means to service the local markets but to allow a global reach through in house connectivity to other UK ports such as Liverpool and Medway."

"Along with our partners, we're in a very good position at Mossend to deliver this bid with our existing electric rail infrastructure and plans for our all electric rail freight terminal and freight park, all to be operated using alternative energies that put Scotland at the forefront in the UK for championing zero-carbon rail freight," said Andrew Stirling, Peter D Stirling Ltd and Mossend International Railfreight Park Director.

Ronald Leitch, operations director at Glasgow Airport, said: "We are excited to be part of the Clyde Green Freeport bid. As the industrial powerhouse of Scotland, the Glasgow City Region is the natural home for a freeport which will stimulate jobs, increase trade, attract new companies and make it easier for existing ones to export their goods and services.

"Already home to British Airways, Rolls Royce, the National Manufacturing Institute Scotland and Boeing, becoming a freeport will unlock huge development potential at the airport cluster and bolster the west of Scotland's global reputation as a centre of excellence for aerospace and advanced manufacturing.  Designation will also position Glasgow at the forefront of decarbonising air travel by accelerating investment in net-zero infrastructure."

Full details of the Clyde Green Freeport bid are being kept under wraps until after the bid is submitted later in June.

Glasgow City Region is the fourth largest city region in the UK and Scotland's economic powerhouse. Unrivalled in Scotland, Glasgow City Region is host to the country's largest population and business base and is a key engine of the nation's economic growth, with a GVA of £47.3 billion.  The Region has transformed over the past twenty years, emerging from an industrial past and the birthplace of the industrial revolution, to a City Region of innovation and new industry.

Peel Ports' Clydeport is the second largest port group in the UK, handling over 70 million tonnes of cargo from across the globe each year. Clydeport is the controlling port authority for 450 square miles of the River Clyde, storing and processing over 15.4 million tonnes of cargo annually. Our first-class facilities allow us to improve efficiencies in the supply chain via some of the most strategic locations on the West Coast of Scotland.

Glasgow Airport supports over 30,000 jobs and £1.44 billion of economic activity across Scotland. This includes 5,300 people employed directly on-site. Around 400 companies employ over 15,000 people with a couple of miles of Glasgow Airport. These include British Airways, Thermo Fisher, Boeing and Rolls Royce. Glasgow Airport handles nearly 25% of Scotland's exports by value - high-tech medical equipment, fresh seafood, whisky and other Scottish produce - which goes out in the cargo holds of passenger aircraft.