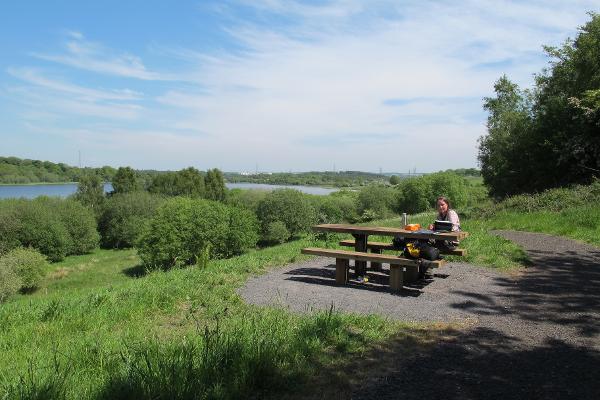 Glasgow is currently home to 12 nature reserves, which cover 522 hectares of ground and provide opportunities for residents to enjoy and learn about the natural world close to their homes.

But following a decision by the council's City Administration Committee, Glasgow's network of nature reserves is to be extended by over 250 hectares as part of the wider effort to strengthen the city's biodiversity.  Parks and open spaces in areas as diverse as Drumchapel, Easterhouse, Govan, Castlemilk, Firhill and Petershill have all been identified as places to be formally designated as local nature reserves.

Councillor Angus Millar, City Convener for Climate, Glasgow Green Deal, Transport and City Centre Recovery, views the plan to expand the network of local nature reserves as a direct response to the climate and ecological emergencies

Councillor Millar said: "Glasgow has such a rich natural environment with a mix of peatlands, wetlands, forestry and other habitats, which is potentially unique for an urban area.

"By bringing more of the city's open spaces into our local nature reserve system, we can make the most of Glasgow's natural world by protecting biodiversity and supporting safe access for Glaswegians to these fantastic spaces. It's vital that we ensure more of our city's communities have access to green and biodiverse spaces, including in less affluent areas of Glasgow, and our programme of new nature reserves will do so in a way that supports and protects the habitats of the city's wildlife.

"Given that we know that Glasgow's wildlife will increasingly come under threat due to climate change in the coming years, progressing these plans will be an important part of our response to the climate and ecological emergencies. We will now engage closely with communities and key stakeholders towards formal designation of these sites as local nature reserves, drawing on local and expert knowledge to refine the plans and improve the management of these important green and open spaces."

These places were selected following a review that looked at making open spaces in deprived areas of the city more accessible but also sought to create wildlife corridors and connections for active travel.

Further information, including detail on the areas identified as a new or extended local nature reserve, can be found via this link.