An NHS Greater Glasgow and Clyde hospital clinic assistant has been awarded a British Empire Medal (BEM) for long service.

Anne Doherty (65) from Knightswood, was honoured for her work at the Royal Hospital for Children and the former Yorkhill Children's Hospital at a special ceremony at Glasgow City Chambers on Friday 10 June.

Lord Provost, Councillor Jacqueline McLaren, in  her role as the city's Lord Lieutenant, presented the BEM, on behalf of Her Majesty The Queen.

Anne's BEM was awarded in recognition of a career, spanning more than 44 years, supporting countless children and families across the city.

Anne said: "I am very humbled. I just can't get over the number of people who have contacted me - patients and staff - to congratulate me. It's been very emotional. I have made so many friends over the years through my job - which I love. People still send me cards and gifts. I don't think I deserve a medal but it's wonderful to receive."

Anne works as a key contact for patients, parents and staff making sure clinics run smoothly. Her citation from Buckingham Palace, describes her as  'going beyond the call of duty' to improve the patient journey. Her exceptional people skills also make her a valuable mentor for staff.

The Lord Provost said: "it's been fantastic to meet Anne and her family. They must all be very proud of her. It's been my privilege to be able to present her with her British Empire Medal and celebrate her wonderful career. It takes a very special person to do her job. I thank her for her contribution to children and their loved ones. It's something she can, rightly, take great satisfaction in - on her special day."

Jamie Redfern, Director for Women and Children's Services across NHS Greater Glasgow and Clyde, said: "We're extremely lucky to have a member of staff like Anne. She has been a crucial component in the running of our clinics and played a key role in many patients' and their parents' lives over the year. She even now looks after some former patients' children, providing the same support to them as she did their parents.

"We're delighted to see Anne recognised in the Queen's Birthday Honours List for her service and we're proud to have her as part of the team at the Royal Hospital for Children." 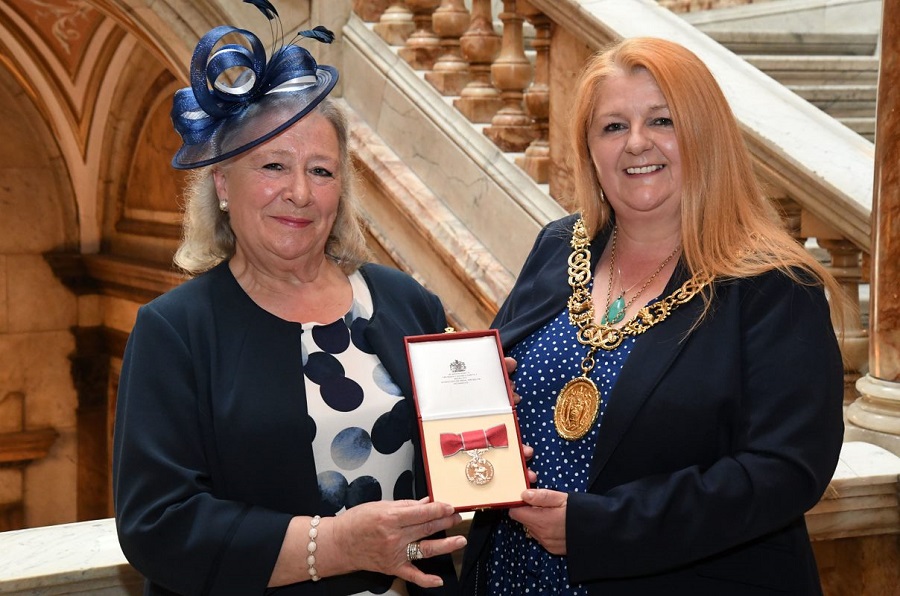