A report has been given to Glasgow City Council on the progress of the City Centre Recovery Plan 2022-24 (CCRP). 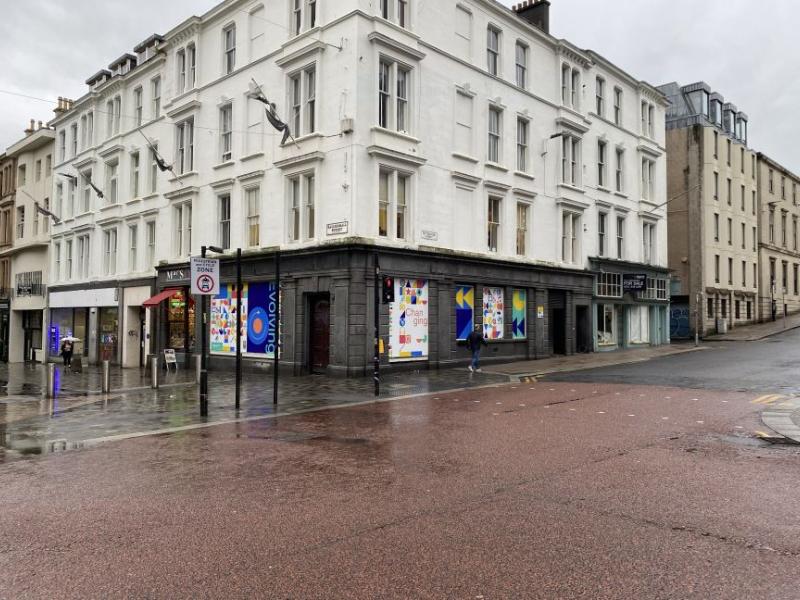 The CCRP was approved in December 2021, and today's report detailed the work of the City Centre Task Force and the need to repurpose property in the area; and described the specific work being carried out to help the city centre's recovery.

The report provided an overview of that recovery, with July 2022 the latest published figures: city centre footfall was 19% lower than pre-Covid (July 2019) - equating to around 810,000 fewer visitors per month, and within this, weekend and evening footfall is now close to pre-Covid levels (98% and 93%) but weekday and particularly lunchtime footfall remains an issue at 72% of pre-Covid levels. Sales figures are 20% above the same month pre-Covid: primarily driven by the food and drink sector, but there is continued improvement in fashion retail. The volume of customers from outside the city is improving at 57% of pre-Covid levels, with hotel occupancy now 83% of pre-Covid levels, although the supply of rooms has decreased due to staff/recruitment issues.

A key driver in the recovery of the city centre from the pandemic has been the City Centre Task Force (CCTF), whose members come from the council, the Scottish Government and the core sectors of the area's economy. The CCTF has now secured £1.95million in funding from the Scottish Government to deliver work to support this recovery, and some examples of this work are listed below:

• A programme to deal with the various vacant units and strategic sites on Sauchiehall and Argyle Street is in delivery, with vinyls, hoarding and other improvements works underway.

• Meanwhile use projects are being developed and supported - where the private sector is taking the lead - and this should deliver more productive short-term outcomes while longer-term occupiers are being sought.

• A design competition to reinvigorate the shopfronts at the Heilanman's Umbrella will shortly go live with the support of the Royal Institute of Architects. This will explore the use of colour, design and lighting, and links to the broader plan for that location of bringing in new and different commercial uses, as well as reducing antisocial behaviour.

• Various improvements have been made in and around Anderston Station, with the support of Network Rail and Transport Scotland.

• Similarly, various improvements around the bus station are in progress, ranging from smaller-scale operational fixes (roads, pavements, lighting, street furniture), to the landscaping/public space project at the north-east corner. Later, attention will be moved to the entry points at Killermont Street to improve the pedestrian/user experience.

• High Street activity will be taken forward once the main work in Sauchiehall and Argyle Street on vacant units has been completed, and subject to remaining funds being available. In the meantime, the independent retail fund is being supported, as is a new meanwhile use project involving a further nine units.

• Additional Police Scotland officer resources have been allocated to support the recovery plan and associated matters.

• A six-month discount period on roads permits has been allocated to all city centre outdoor areas, supporting around 160 businesses.

• A focus on public transport's role in the recovery, particularly on how this can support the retail, culture and late-night sectors of the economy.

Strategic planning underway will see the completion of a Retail Capacity Study and a Masterplan Vision for the 'Golden Z' (Sauchiehall Street, Buchanan Street, and Argyle Street) by the end of the financial year. The Retail Capacity Study which will develop intelligence around consumer research, expenditure analysis, future demand for retail floorspace, and performance analysis.

The outcome of this will be an Intelligence Report which will feed into the next area of work: a new Masterplan Vision for the Golden Z. The Vision will have three components - an overarching vision with development direction and design parameters; design options for three 'Areas of Focus'; and a delivery plan. This Vision aims to create a statement of intent on future development direction, provide a coordinated and proactive response to key issues affecting the city centre; identify priorities for intervention and investment; and offer creative approaches to unlock potential.

A key part of Glasgow's new City Centre Strategy - to be launched in January 2024 - is a Property Repurposing plan. The plan is informed by research that produced a series of recommendations for necessary changes to policy, legislation, investment strategy and regulation. The research established that Glasgow city centre has a substantial legacy of old buildings - many of which are listed and/or in a Conservation area - that are no longer fit for commercial uses. The recommendation is that property conversion opportunities must be taken - but this is likely to require significant shifts in policy, as well as large-scale funding to protect these assets and transform them into productive, repurposed accommodation. Discussions are currently underway with the Scottish and UK Governments with regard to their potential role in supporting specific recommendations.

Linked to this Property Repurposing plan is Glasgow City Council's leading role on a Scottish City Centre Recovery Task Force workstream on how national policy, legislation, regulation and investment options should be redirected to deliver more residential outcomes in city centres. A contract is soon to be awarded for an external specialist team to support the council and its city partners in this piece of work.

Councillor Angus Millar, Convener for City Centre Recovery at Glasgow City Council, said: "The profound impact of the pandemic on our city centres required an equally major response, and we and our partners are working to plan for and deliver the kind of mixed-use and sustainable city centre we need to support.  While certain sectors of the city centre economy have recovered well, we still have much work to do to deliver the changes we know we need to see - such as finding new ways to support the repurposing of property, reimagining the historic Golden Z, creating greener and more connected city streets through the Avenues and other infrastructure projects, and delivering more homes in the heart of the city. Our ultimate aim is to create a city centre that is an attractive and sustainable place in which to live, work, study, visit and invest, and I look forward to working with partners to support that vision."