A report on the final version of Glasgow's City Centre Transport Plan (CCTP) - and the public consultation that informed it - has been presented to a council committee. 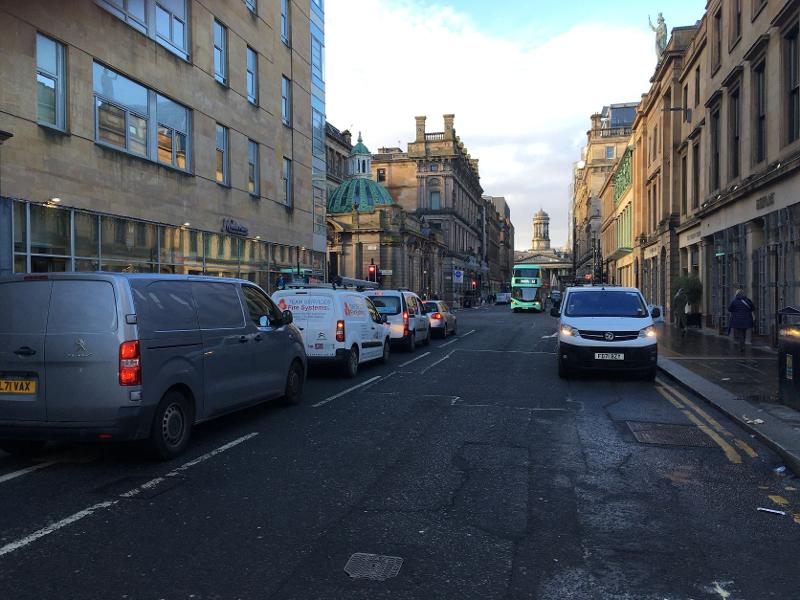 The CCTP's key proposals include a People First Zone - bounded by Hope Street, Cowcaddens Road, North Hanover / Glassford Street and Howard Street. Here people will be given priority over vehicles, with restrictions on private vehicles to minimize city centre congestion. Other confirmed and aspirational projects will help deliver the aims of the plan, including George Square and the wider Avenues and Avenues Plus programme; the High Street corridor; the transformation work on the Broomielaw and Clyde Waterfront; people-friendly streets; and the Charing Cross scheme.

This is the final version of the CCTP, which will now be referred to the council's City Administration Committee for final approval.

The results of public consultation between July - September 2022 on the draft CCTP informed this final version, with 724 people completing the survey and more than 3,000 comments submitted.

The consultation indicated broad support for the recommendations of the draft CCTP, with 71% of respondents strongly agreeing with the objectives of the plan. There was even stronger support for making the city centre more accessible to all, including pedestrians, cyclists and users of public transport.

Changes to the draft CCTP were made as a result of the consultation, including the commissioning of research by the council, who will work with Transport Scotland and relevant stakeholders on how to reduce the impact of the M8 on the city centre. Further consultation will now take place with the business community on the use of advertising boards on the footway as a result of concerns raised by disabled groups. Servicing in the city centre will also be reviewed, with a focus on deliveries and the needs of trades workers. Consideration will be given to providing more shelter as part of major public realm improvements, and education and enforcement will take place to minimise conflict between cyclists and pedestrians.

Over the course of the 10-year life of the City Centre Transport Plan, it is expected that there will be a 23% reduction in car trips to/from the city centre, a 43% increase in walking and a 300% increase in cycling. This will result in a corresponding 16% decrease in CO2 emissions from city centre traffic.

Similar public realm work to that which will take place through the CCTP have been shown to increase retail sales by up to 30%.  Retail vacancy was also 17% lower after city centre improvements in other cities.

Councillor Angus Millar, Convener for Climate, Transport, Glasgow Green Deal and City Centre Recovery at Glasgow City Council, said: "This Plan sets out how we can get to and about our city centre in the future, laying the groundwork for an accessible, greener and more successful city centre. The proposals for a People First Zone in a core of the city centre restricting through-traffic for private vehicles will see people take priority and allow for more attractive, welcoming streets.  Taken together with our wider plans for city centre regeneration and our work to pursue better, greener public transport options for Glaswegians, the City Centre Transport Plan will help guide the transformation of our city centre in the coming years."

More information on the CCTP is available at: https://www.glasgow.gov.uk/councillorsandcommittees/viewDoc.asp?c=P62AFQDNZ3DNT181NT.