Glasgow City Council today (16 May) approved the use of £290,237 of ENV2 funding towards the Sauchiehall Avenue public realm project. 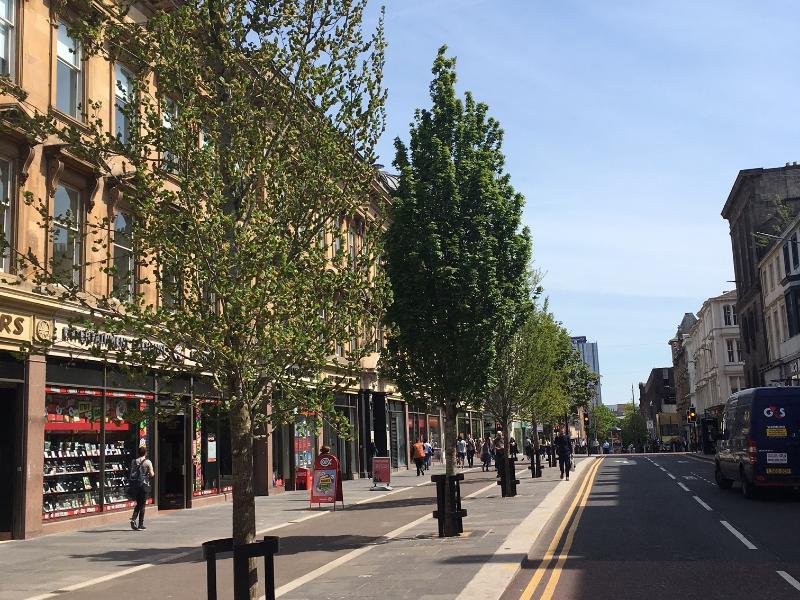 The Sauchiehall Avenue - now nearing completion of the first phase - is the first project in the wider Avenues programme in Glasgow city centre, which is funded by the Glasgow City Region City Deal.

This ENV2 funding comes from development activity on council-owned land in the local council ward, and will specifically contribute to the £372,289 cost of the refurbishment of the northern footway of Sauchiehall Avenue between Charing Cross and Rose Street. This allocation will allow the redistribution of an equivalent amount of City Deal funding to the second phase of Sauchiehall Avenue, and lead to a greater quality of intervention in both phases.

The Avenues programme will bring economic, environmental and social benefits to everyone who lives, works, studies, shops, goes out or invests in the city centre, creating a more attractive and healthier environment and encouraging active travel. This is being done through the provision of new public realm, 'smart' surface water management infrastructure, enhanced public walkways, new cycle tracks, junction upgrades and new trees.

Work on the next phase of the Sauchiehall Avenue project - from Rose Street to Buchanan Street - is currently being designed with work on-site expected to begin in the Summer of 2020, with completion in late 2021.