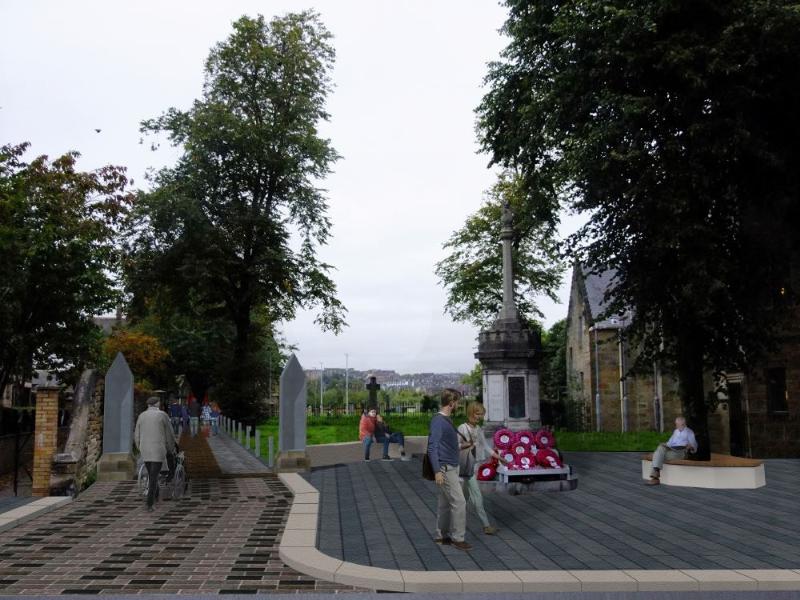 The redevelopment of Govan Old is a key part of the plans of for Water Row, which is itself integral to the regeneration of the wider Govan area. The Govan Old campus will feature a community facility and visitor centre showcasing the Govan Stones, a collection of medieval burial stones of national significance, with this cultural asset being supported by business space generating income to sustain the business in the long-term.

The work at Govan Old is closely linked to the £55million proposal to redevelop Water Row, with a number of partners including Glasgow City Council, Govan Housing Association and others planning to develop new homes, commercial office and retail space, and community, leisure and other uses there.

The council has £113.9million City Deal funding to deliver the Clyde Waterfront and West End Innovation Quarter (CWWEIQ) project. Govan occupies a strategically important location at the centre of the project area, and is well placed to derive sustained and lasting benefits from this City Deal investment programme.

Councillor Susan Aitken, Leader of Glasgow City Council and Chair of the Glasgow City Region Cabinet, said: "The restoration of Govan Old is a really powerful symbol of the ongoing transformation at Water Row and across the wider community. This City Deal funding will not only help establish the campus as a visitor attraction showcasing the fantastic heritage of the area, but also attract new jobs and businesses."

Pat Cassidy of Govan Heritage Trust said today: "This is terrific news and on behalf of everyone involved in the project I'd like to thank Glasgow City Council for its tremendous support. Our plans to save and re-launch Govan Old go back to the announcement of its closure in 2007, and I'm so relieved we're at long last close to them happening. The work about to start is the first critical stage in redevelopment over the next three years and is sure to make a big contribution to local regeneration. Our vision is quite simply that Govan Old grows to become an important hub bringing social and economic benefits to its owners, the community, and to draw more and more visitors to see the famous Govan Stones, one of the most important collections of Early Medieval sculpture in Britain."

This funding is subject to further approval from the Glasgow City Region Cabinet.

The £1.13billion Glasgow City Region City Deal is an agreement between the UK Government, Scottish Government and eight local authorities across Glasgow and the Clyde Valley. It will fund major infrastructure projects, create thousands of new jobs and assist thousands of unemployed people back to work, as well as improving public transport and connectivity, driving business innovation and growth and generating billions of pounds of private sector investment.