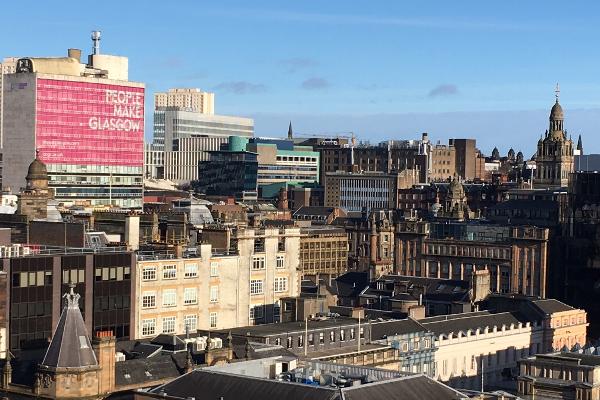 Glasgow has been set a target of becoming a carbon neutral city by 2030 following a decision of the council's City Administration Committee.

The decision marks the council's formal acceptance of a key recommendation in the recent report by the city's Climate Emergency Working Group, which set out 61 recommendations on how the council and the city as a whole should tackle climate change.

It follows the council's declaration of a climate emergency in May this year and also means that a previous target of net zero carbon emissions has been brought forward by seven years.

Councillors also agreed that an implementation plan that outlines how the council intends to respond to the 61 recommendations made by the working group should be delivered by April next year.

Established in February this year, the Climate Emergency Working Group was given just six months in which to draw its conclusions and report back to the council, in recognition of the need to respond to the growing concerns of the impending climate crisis.

The group, which included representation from all four political groups at the council, citizen activist groups and Glasgow Chamber of Commerce, delivered a broad ranging set of recommendations that have the potential to affect all council departments and cover broad ranging issues such energy use, roads and transport, development, infrastructure and planning, waste management, food and pensions.

Councillor Anna Richardson, City Convener for Sustainability and Carbon Reduction, endorsed the report from the working group and expressed her gratitude to the group's chair, Councillor Martha Wardrop. But Councillor Richardson also indicated that the hard work to transform the recommendations into tangible actions must begin now.

She said: "The working group was given a significant task with a short timescale, and so I must thank Councillor Wardrop for providing thoughtful leadership and focus throughout.

"To receive a report with over 60 recommendations is daunting, but it highlights the breadth and depth of the response that will be required if we are to address the climate emergency. As a city we are already heading in the right direction, which is shown by having met our 2020 targets early, and we have many projects already underway that will advance our efforts to decarbonise.

"What this report gives us is a route map of what we need to do to accelerate our work and to now aim for a far more ambitious target. It is clear that there is cross-party support within the council for carbon neutrality by 2030 and to reach that target date we need to turn this route map into achievable actions

"This is a landmark decision on how we move forward as a city, and also an opportunity to show leadership globally. The cross party collaboration that has enabled this report to be written shows that we are all up for the challenge. Now we need to get on and make it happen."

Work already underway to advance the council's effort to decarbonise includes a strategy for all council vehicles to be zero emissions by 2029, the introduction of a low emission zone for Glasgow city centre, development of a plastic reduction strategy, an electric vehicle strategy, a circular economy route map, a food growing strategy, a wide range of active travel projects and a new local transport strategy.