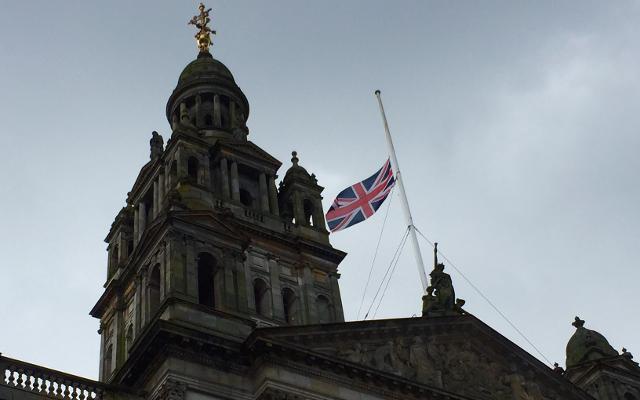 Glasgow has today sent its condolences to the people of Manchester in the wake of the terrorist attack at the Ariana Grande concert.

Councillor Susan Aitken, the Leader of Glasgow City Council, said: "This is an appalling and disgusting outrage. The people of the great city of Manchester are amongst Glasgow's closest friends and I know every Glaswegian will join with me in sending our condolences and love to everyone who has been caught up in this attack.

"I have written this morning to Mayor Burnham offering him any support Glasgow can give.

"The council's chief executive will today be discussing the safety and security of Glasgow's venues with Police Scotland. She will also meet with the chief executives of Glasgow Life and the SEC as we begin to consider the security implications for the city.

"However, Glasgow, like Manchester, is a city which loves live music. The purpose of this attack is to inspire fear. I will not be afraid, and we will not be afraid. I will continue to enjoy our vibrant live music scene and I know the people of Glasgow will feel exactly the same."

Glasgow's Lord Provost Cllr Eva Bolander said: "Last night the innocent were targeted in a senseless act of violence. Today Glasgow is united in grief with the people of Manchester. We know that like Glasgow, Manchester is a strong and resilient city and they will unite together against this horrific terror act. Our thoughts are with all the victims and their families."

The Union flag is flying at half mast over Glasgow's City Chambers today as a mark of respect to all affected by the tragic incident.