COP26 event platform for launch of call for views, ideas and participation in the Glasgow Green Deal

Glasgow City Council today (10 November) launches a call for views, ideas and participation on the Glasgow Green Deal - a nine-year mission to transform the city's economy to tackle the climate and ecological emergencies.  The call for ideas will be launched today at a COP26 event run by Eurocities - the network of major cities from across Europe, including London, Paris, Oslo and Prague - and supported by the network's Mayors Alliance for the European Green Deal campaign, working together to accelerate a fair transition to climate neutrality. 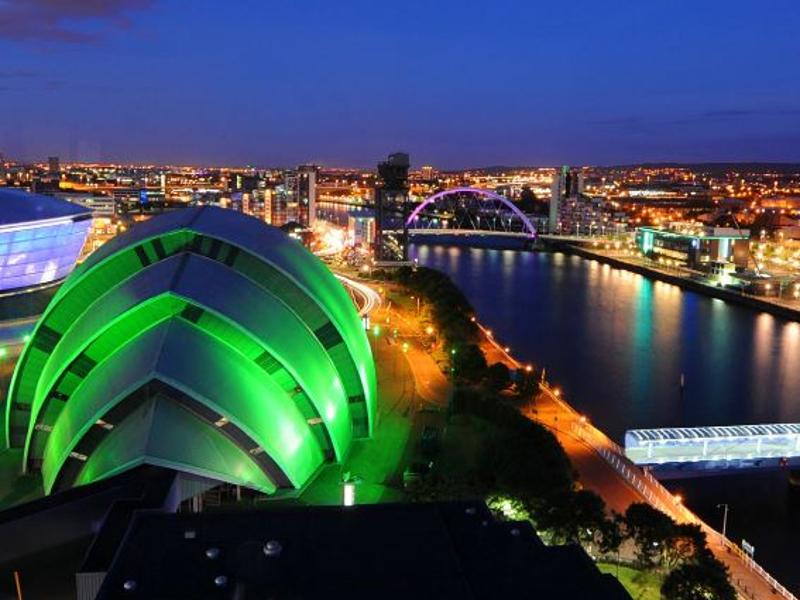 The three interlinked objectives of the proposed Glasgow Green Deal are:

3)         Eliminating poverty and deliver justice through inclusion and equality

The draft Glasgow Green Deal roadmap - which is available at www.glasgow.gov.uk/glasgowgreendeal - is the council's initial approach for the mission and how it will be delivered, as well as call for ideas and participation from a wide audience of citizens and communities, small and large businesses, and the public sector, and Governments.

The call for ideas can be found at: www.glasgow.gov.uk/glasgowgreendeal - and the deadline for responses is Friday 14 January at 5pm.

The Glasgow Green Deal will increase the pace, scale, and impacts of efforts to decarbonise and build resilience to climate change, in a way which creates jobs, prosperity and high-quality places, and tackles poverty.  This Deal is not a new plan or strategy, but a delivery mechanism to bridge the gap between the city's existing ambition - as set out in the Climate Plan and Regional Economic Strategy - and implementation.

Given the scale of the mission, the call for views, ideas and participation on the Glasgow Green Deal aims and approach seeks to attract as many citizens, businesses and organisations as possible to participate.  It will also garner views on how to maximise the effectiveness of the Glasgow Green Deal, generating the biggest economic and social benefits from addressing the climate crisis; hear ideas from our citizens, communities and businesses; and inspire communities, businesses at all levels of engagement to get involved in the mission for equitable, climate neutral, climate resilient living for all by 2030.

The council is proposing that the Glasgow Green Deal will have eight areas of focus - areas where the public sector, businesses and communities are already taking action, but where the council will increase its support to other actors, and innovate or intervene directly to resolve key issues and barriers to scaling and accelerating progress and realising the associated benefits. These areas are: maximising energy efficiency; increasing the deployment of renewables; providing clean, safe and connected mobility; ensuring competitive industry and a circular economy; infrastructure and connectivity; the conservation, restoration and valuing of nature; tackling residual emissions; and adaptation and resilience.

The council is also seeking views on establishing a Green Deal unit to guide and implement the mission, working with businesses, communities and governments at local, regional and national levels to scale up and accelerate the Green Deal across the city.  The core activities of the proposed unit would focus on developing pathways to net zero and climate resilience with citizens and business; innovation, market-making and skills; and financing the Glasgow Green Deal.

Alongside ensuring the city plays is part in the global fight against climate change, investment of a size considered through the Glasgow Green Deal will create many local benefits - it is projected to create over 14,500 extra jobs, as well as increasing inward investment, improving business competitiveness, ensuring a more fair and equal economy, improving the performance and reliability of the city's infrastructure, and supporting regeneration.

Councillor Susan Aitken, Leader of Glasgow City Council, said: "To deliver a Glasgow Green Deal and a just transition to a Net-Zero, climate resilient future, we need to involve as many people, businesses and other sectors of the city as we can.  Taking part means you can ensure that this is the Green Deal for Glasgow that you want and that we can all benefit from."

The Mayors Alliance for the European Green Deal event, 'A green Deal that works for people' is available to stream here: https://eurocities.eu/latest/a-green-deal-that-works-for-people

The background to the Mayors Alliance is available here: https://eurocities.eu/latest/a-mayors-alliance-for-the-european-green-deal/