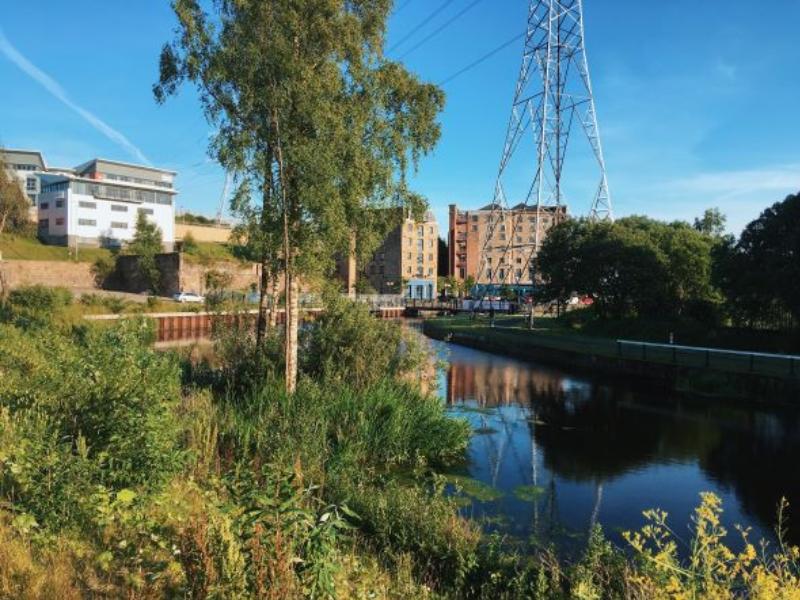 This framework, one of six in the city, will guide the development and regeneration of the area over the next 30 years, setting out area-specific principles that will help in the determination of major planning applications and include action programmes to support the delivery of key proposals in North Glasgow.

The draft North Glasgow SDF was in part shaped by a public consultation in late 2020 / early 2021, and its vision is for North Glasgow to become a healthy, high quality and sustainable place in which to live, work and visit.

The SDF has four key outcomes as its main aims:

· A Connected North - an area with excellent public transport and active links, to encourage more use of healthy travel modes and reduce car usage; and

· A Green North - an accessible and multi-functional green network where nature and communities can flourish.

The North Glasgow SDF reflects the policies of the City Development Plan, establishes principles to guide development and supports the delivery of initiatives such as City Deal work in Sighthill and Canal/North Gateway, Glasgow Canal Regeneration Partnership, and the Transformational Regeneration Areas (TRAs) at Sighthill and Maryhill. It sets out the following vision and key outcomes for this area of the city.

Councillor Kenny McLean, Convener for Housing, Development, Built Heritage and Land Useat Glasgow City Council, said: "The North Glasgow Strategic Development is a long-term plan which will guide the future development of this area of the city, building on the substantial work currently being carried out at a number of different sites. North Glasgow is an area with under-utilised assets, and this framework will help us to realise these, benefiting not only the local communities, but the whole of the city."

The draft North Glasgow SDF - which can be found at http://www.glasgow.gov.uk/CHttpHandler.ashx?id=57701 - will now be referred to the council's City Administration Committee to seek approval, and the Scottish Government will be notified, prior to adoption of North Glasgow SDF as Supplementary Guidance to the City Development Plan.

North Glasgow has a population of just under 70,000, with a boundary between the north edge of the city centre and the green belt in the north. It is home to the neighbourhoods listed below: Cadder, Colston, Cowlairs, Dundashill, Firhill, Gilshochill, Hamiltonhill, Lambhill, Maryhill, Milton, Parkhouse, Possilpark, Royston, Ruchill, Sighthill, Springburn, Summerston, Woodside and Wyndford.