Temporary travel infrastructure that provides additional public space for walking, wheeling and cycling during COVID-19 has been introduced across Glasgow, with remaining programme measures due to be completed soon.

An online Spaces for People consultation survey has also opened recently, seeking views on the infrastructure delivered and whether any should be retained permanently. You can find out more about this review process and share your opinions by clicking on this link. 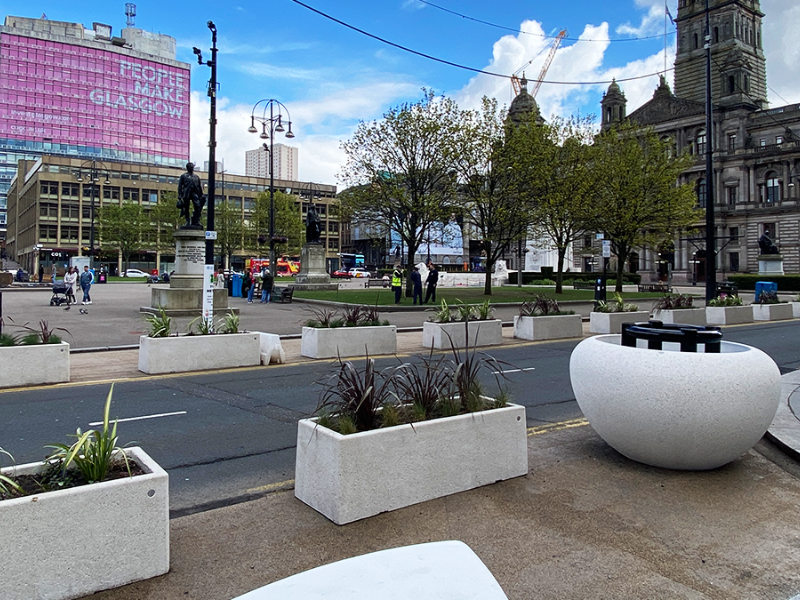 Supported by funding from the Scottish Government administered by Sustrans Scotland, Glasgow's Spaces for People programme has delivered short-term measures implemented in our city centre, city neighbourhoods and active travel routes - forming a key part of the city's strategy for economic recovery.

Spaces for People has widened footways at pinch points to facilitate safer pedestrian movement and easier access to shops, businesses, community facilities and public transport hubs. Temporary strategic cycling routes have also been implemented to help present active travel as a convenient and viable choice for journeys such as commuting, as well as for physical exercise. 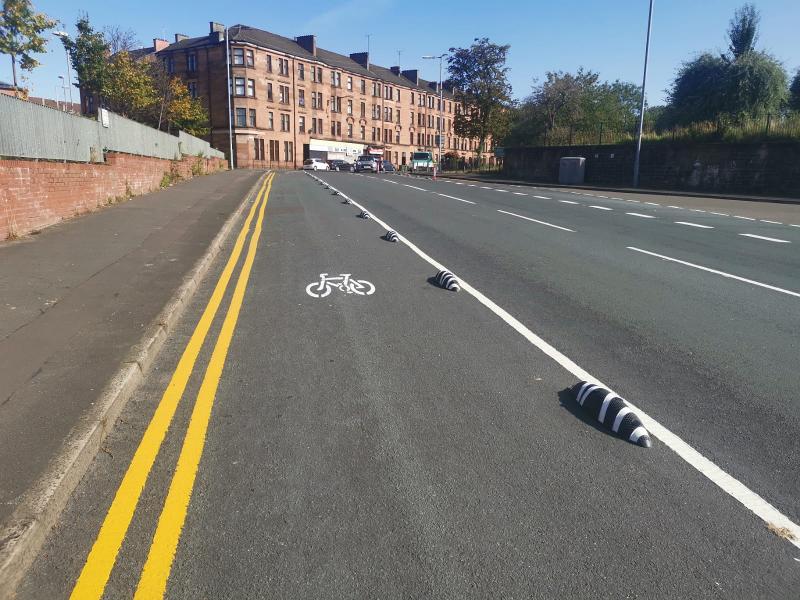 What We've Done So Far

A street-by-street approach has been adopted, with temporary measures introduced to allow priority to be given to pedestrian space around our transport centres, core shopping streets and any identified pedestrian pinch points.

Work completed to date includes footway widening around Glasgow Central Station High and Low Level entrances to provide additional queuing space, as well as footway widening and road closures in and around George Square, including North Hanover Street at Queen St station. A bus/cycle/taxi gate has also been added to George Square (south) and South Frederick St (north), and a bus/cycle/taxi lane on Cochrane Street to speed up journeys and support sustainable transport. 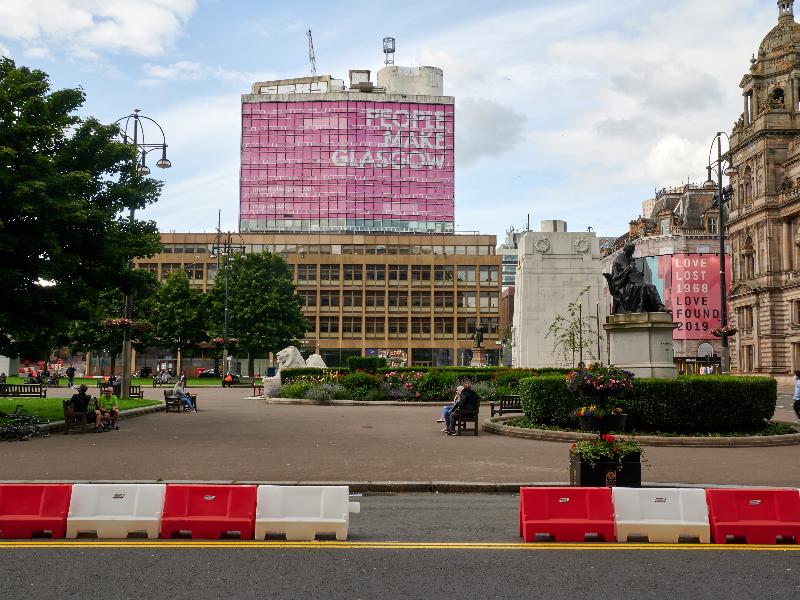 Footway widening around core streets within the city centre was also implemented last year at locations including Hope Street, Union Street and Bath Street as well as Renfield Street and West George Street. Extra space has also been created on Montrose Street to support students.

Following a period of monitoring and review earlier this year, the footway widening barriers have now been removed at the majority of locations apart from around George Square and the train stations. Instead, work is almost complete to install more attractive infrastructure such as that now complete in the Merchant City which will make it easier to maintain physical distancing as lockdown restrictions ease, and footfall in our city centre increases.

Other initiatives to ease pedestrian movement in the city centre include the installation of temporary bus boarders - with the first ones installed on Glassford Street outside Marks and Spencer, and at Trongate next to Tesco Express. This infrastructure extends the footway out into the road, ensuring continued accessibility onto public transport whilst providing extra space for pedestrians at noted pinch points.

We have also implemented traffic light automation and touch-free pedestrian crossings, both of which remove the need to press the button to prompt the green man to display.

Full details of all city centre projects delivered (and ongoing) can be found here. 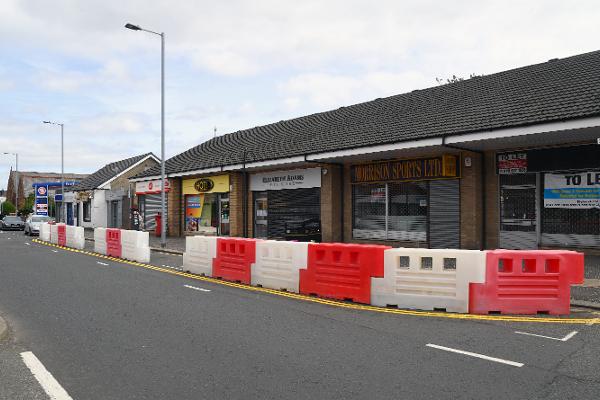 We initially widened footways at Easterhouse, Cardonald, Tollcross, Parkhead, Cessnock, Shawlands, Bridgeton, Partick (Dumbarton Rd), Finnieston and Byres Road. Whilst some of the footway widening measures have since been removed following a period of monitoring and review, the infrastructure can be readily reinstated should the need arise.  This flexible approach also applies to other areas such as Berryknowes, Cathcart, Croftfoot, Gorbals, Govan, Duke Street, Possilpark, Shettleston and Springburn - with detailed plans already drawn up for these areas which can be mobilised quickly if required.

Changes were also made to the road layout on Kelvin Way to balance the provision of extra space for walkers, wheelers and cyclists whilst enabling vehicular access into the Kelvingrove Art Gallery and Museum - see Sustrans' video of how locals are enjoying the new space. 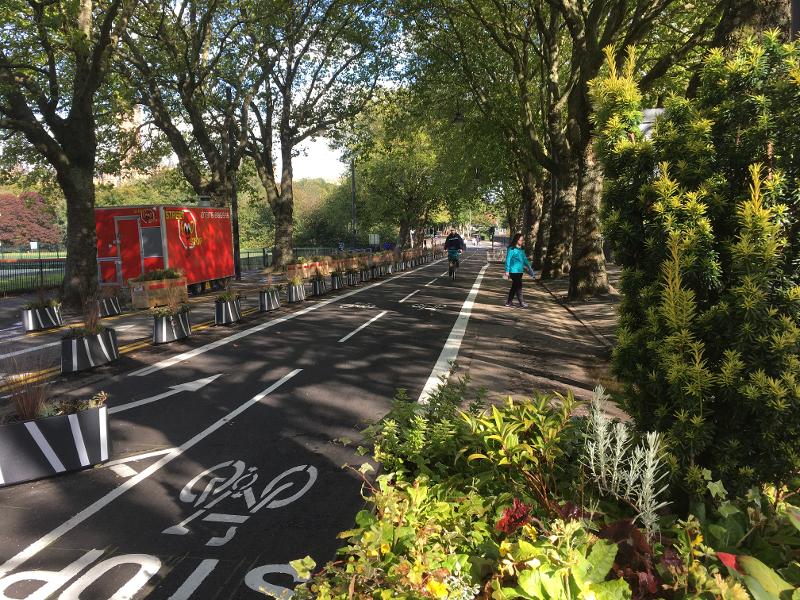 This workstream has created temporary cycling infrastructure that encourages active travel to be considered as an attractive, viable choice for everyday journeys. 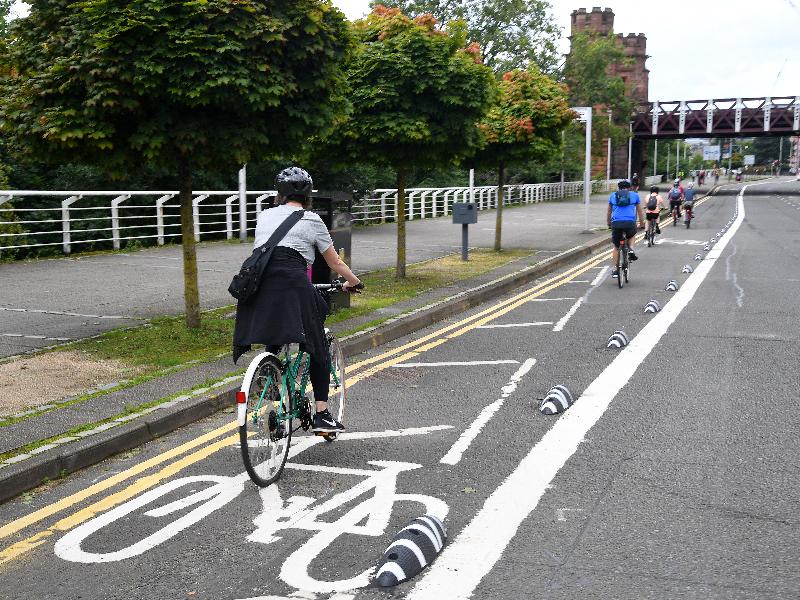 Following a sucessful trial in 2019 that saw significant reductions in traffic around the six primary schools involved, Spaces for People funding has enabled the council to introduce on a temporary basis, a further 20 School Car Free Zones. The zones are designed to prohibit cars and other vehicles from driving up to school gates at peak times each weekday during term time.

More details about the schools involved and the way the scheme operates can be found here.

We are currently making further progress in the following areas:

A significant amount of road space was reallocated for walking and wheeling at the start of the pandemic in anticipation of a gradual lessening of restrictions.  Given the COVID-19 restrictions have lasted longer than originally anticipated, some of these measures were recently removed to allow a focus on delivering temporary infrastructure where it's most needed and to improve its look and feel.

Larger style planters and trees are now in place around George Square to green the space as well as restrict vehicle movement.

We have increased signage within our parks and providing wayfinding on routes to help ease physical distancing, along with vegetation clearance to remove obstructions on public footways.

An early Spaces for People intervention saw the need for pedestrians to use the push buttons at crossings eliminated to reduce the risk of spreading the virus. This popular measure which is now in operation at over 50 sets of lights is being rolled out more widely throughout the city.

Work is now complete at Dennistoun, with further schemes at Pollokshields East and Shawlands now in place.

As we emerge from the pandemic, we will look to maintain temporary Spaces for People measures during their transition to permanence or prior to their removal. This follows on from a commitment made by the council last June that all SFP measures will be evaluated with the view of making them permanent, following consultation and before any relevant Temporary Traffic Regulation Order(s) expire. To this end, the council will work with Sustrans to agree a monitoring and review process and thereafter to appoint an independent consultant to carry out a review of the infrastructure delivered and make recommendations on which measures should be made permanent. It is proposed that this review would take place from April/May onwards and a report presented to Committee for decision thereafter.

Suggestions for Spaces for People

In collaboration with Sustrans Scotland (July 2020) we made available a Commonplace Mapping Tool which enabled users to highlight 'pinch points' across the city centre and neighbourhoods, where emergency temporary measures such as pavement widening and new cycle lanes could be introduced to help people maintain physical distancing and suppress a resurgence of the virus.

Over 16,000 contributions were received and have been used to inform future Spaces for People plans, with temporary interventions prioritised that offer the greatest benefit to public health, balances the needs of all users, and can be delivered in a short timeframe.

Examples of projects that were taken forward (in whole or in part) due to suggestions made on Commonplace include the segregated cycle lanes on Clarence Drive, additional cycle parking in the city centre and the addition of a segregated cycle lane within Kelvin Way which has been closed to vehicular traffic since May 2020.

Every effort has been made to ensure the needs of disabled people are fully considered in the planning and delivery of Spaces for People measures, and the project team has endeavoured to ensure that these reflect the considerations identified in the briefing paper issued by the Mobility and Access Committee for Scotland (MACS) as well as taking existing guidance into account in their design.